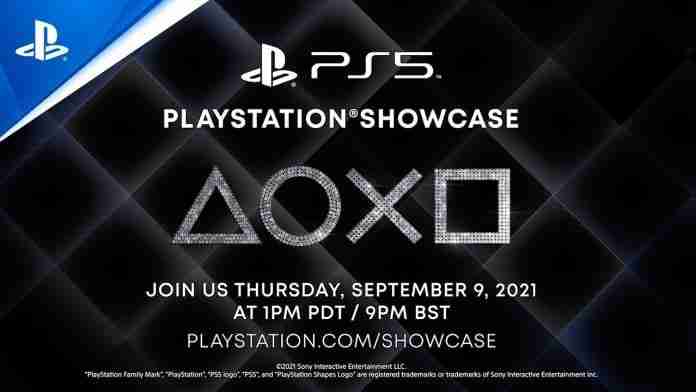 It is no secret that Sony have been ditching out of the last few E3 events. Going from some of the biggest spectacles to an hour long  of back to back trailers to now adopting the more Nintendo model of Quarterly online announcements. While the last few Sony events have been more about a couple of trailers with 30 minutes of pretty in-depth gameplay for exclusive titles like Ratchet and Clak or Horizon Zero Dawn, this mornings Showcase might make you think you were at E3.

While the format remained the same with many trailers being shown back to back with the occasional developer, CEO or VP or live action trailer the majority of the event was just back to back AAA trailers. The opening trailer set the tone with with the new “PlayStation” no limits trailer alongside some Wonder Woman 1984 synth.

Following a brief word from the PlayStation CEO we jumped straight into one of the major announcements of the event with a remake of Knights of the Old Republic on the horizon rebuilt for PlayStation 5.

Following on from Star Wars was the slightly familiar style but at a whole new scale game with the first trailer for Project Eve. The Japanese studio game has you controlling a sword wielding, latex clad heroine in a post apocalyptic world. Honestly this looks pretty good and seems to sits somewhere between a Bayonetta and a Final Fantasy game.

Following up next was a 2K/Gearbox game that answers the question of what if Borderlands was about Guns and Magic and tabletop gaming in a Fantasy world. Switching between FPS and brawling in the trailer it will are looking forward to more hands on gameplay from Tiny Tina’s Wonderlands.

Switching gears yet again and back to Square Enix for something that is decidely more in the real world… atleast to start with. Transported from New York City Frey Holland finds herself in an open fantasy world with 10 talking rings strapped to her arm that sound a lot like the Vision. Forspoken is a 3rd person, magic as a weapon type game set (also) in a fantasy world. But being from Square Enix you know this looks good.

From Forspoken to Rainbow Six there was a brief trailer for the already announced and shown Rainbow Six Extraction came that has you with a small fireteam attempting runs through alien invested areas. This one was announced previously but it does look like between Aliens and this we are going to get a few Fireteam games over the next year.

Back to remakes again we got a trailer for the once upon a time exclusive Xbox title of Alan Wake getting a PlayStation Remastered edition which is not far away with early October release.

Being a PlayStation event there was definitely some mention of Grand Theft Auto V and Online for the PlayStation 5. If you are a PS+ subscriber you are probably already of the monthly perks you could be claiming until the PS5 edition of the game is released. While there is not a lot new to know here it does look like you will be getting a few months more of perks with the release set for now March 2022.

Last seen in the last major PlayStation event Ghostwire: Tokyo is the Tokyo based open world with just a little bit of supernatural powers to it. Honestly if you are a fan of Japanese style games and you ditched the guns for powers as soon as you were able to in Bioshock this is for you.

Next up was the first of a not the only piece of Marvel we got with a Story trailer for the upcoming Guardians of the Galaxy. This game is not far away either coming out October 26th.

Switching Guardians for Vampires, Bloodhunt is a vampire based FPS/S (Stabber or shooter).  This has a great looking trailer but we really need to see more to decide how we feel about a Vampire multiplayer shooter.

Next, and out early next week is Deathloop. The shoot, die, repeat time loop single player FPS game. Honestly if that sounds fun for you then you only have to wait until Tuesday to play it.

Slightly unexpected and super cryptic to just watch was Kid A Mnesia Exhibition which is an “upside-down digital/analogue universe created from original artwork and recordings to commemorate 21 years of Radiohead’s Kid A and Amnesiac”. In short if you love radiohead you might be hyped but if you dont you might be like us, a little confused.

Away from the grim and gritty shooters we looked at the much more wholesome trailer for Tchia. Set on an island you inhabit animals with your special powers to explore. This just looks like a nice relaxing game which probably means it hits the feels hard when you are not expecting it.

Haven’t play Uncharted in a while? Dont worry because Uncharted: Legacy of Thieves Collection is coming to the PlayStation 5 collecting the complete Nathan Drake and Lost Legacy and remastering for next gen.

Back to our second Marvel announcement with something that has really come out of nowhere with Insomniac expanding their Marvel monopoly with a teaser for Wolverine. It is only a few second long but we didn’t know we needed this studio and this character put together.

Much like Jonah J Jameson we also finally got what we wanted – Pictures of Spider-Man. Not news that it was coming but definitely the first look, Spider-Man 2 seems to bring us multiple Spider-Men with Miles, Peter and…. Eddie? All underneath a very Kraven the Hunter’ish monologue. It is a long wait until 2023.

And you might have thought that Spider-Man was the pinnacle of the showcase but then you may not be familiar with a little title called – God of War. God of War Ragnarok shows returning characters on top of Kratos and Boy and everything we loved about the first, but bigger.

And that is pretty much it. There was no hardware announcements and no VR games (so maybe we will get a PSVR2 centric showcase soon) but if you have a spare 45 minutes you can watch the full event on the PlayStation YouTube channel but there wasn’t much else we didn’t cover here. What does this mean for the major PlayStation event usually held later this year? We have 3 months left to find out.