We got our first look last week with some teaser images but thanks to Netflix’s mini-comic con ‘Geeked Week’ this week we got our first teaser trailer for the upcoming He-Man revival by showrunner THE Kevin Smith.

In this only 1 minute and 35 seconds of pure hype we got a pretty good look at a lot of the characters and animation we can expect to see in the upcoming series including noting that Orko kicks some ass in this too. The new series is in fact NOT a reboot but a continuation of the original 135 episodes that originally finished in 1985.

Fromt he get go the trailer reminds us of the stellar cast attached with Mark Hamill as Skeletor (Buffy the Vampire Slayer, Sarah Michelle Gellar is Teela!) with a montage set to a song that you cannot get hyped listening to. All of the favourites are here as we noted Trapjaw, Beastman, Man At Arms, Evil Lyn, Merman and a lot more in this teaser.

You can watch the full thing for yourself down below but be warned once you watch it the release date of late next month will seem so far away. But what do you think? Are you hyped for new MOTU? Do you hope for more continuations like this or is the occasional reboot like Dreamworks She-Ra and Voltron ok too? Will Fur underwear make a comback thanks to this series? When will Ram Man get his own spin off Odd Couple like series with Mekanek? Tell us in the comments down below.

Masters of the Universe: Revelations Part One drops on Netflix July 23rd 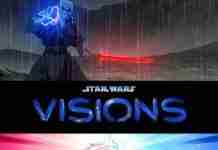 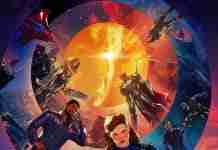 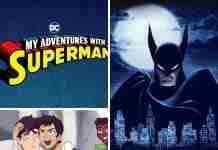