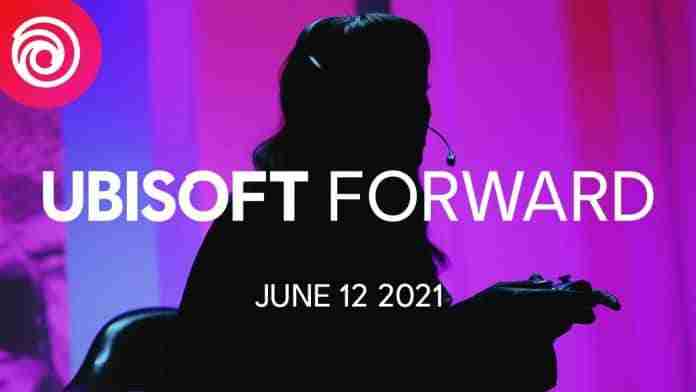 E3 2021 has begun with the first major conference being Ubisoft Forward kicking things off in the early hours of Sunday. Much like all of the upcoming press conferences this was a largely online event but if you don’t have time to watch the full 1hr and 10 minute thing (excluding pre and post shows) we have your recap right here.

Starting off with new Tom Clancy in Rainbow Six: Extraction leaning hard into the pandemic outbreak lore. Largely just a cinematic we saw a 3 person fire team heading into an outbreak centre full of mutantations while using some gadgets you will be familiar with from Rainbow Six: Siege like tiny wheeled camera drone.

The developers gave us a few more details + a gameplay video confirming that this is a 1-3 player coop style where you have a list of operators and if you do lose one then you will need to complete an extraction to get them back. Rainbow Six Extraction isn’t too far away with a release date for most major platforms on September 16th this year and will support crossplay.

Following Tom Clancy we jump to musical instruments with Rocksmith+. Using a companion app this ‘game’, if we can call it that, is aiming to kick it up a notch by teaching you guitar through you using an actual guitar (your own, no plastic instrument here) to play along to some guitar hero like interfaces that supports note for note and tabs. It is already open for beta on PC and aiming to release with a huge selection of songs + add to each week.

Riders Republic is an extreme sports MMO that was announced last year but this year we get an actual trailer showing off a few of the event types and play modes such as 6 v 6 snowboard trick courses or downhill mountain biking. It’s a little like the Steep but with a persistent multiplayer and both winter and summer sports (though we may have missed the jetpack racing at the last summer olympics).

From extreme sports we return to Tom Clancy for Rainbow Six: Siege’s latest season which focused on quality of life improvements to the game with progress towards more crossplay releasing later this month for PC and console planned for 2022. A short animated film was also dropped to show off a new operator.

Rainbow Six Siege was a good segue into confirming updates to existing UbiSoft launched properties including Trackmania with level map editors, Brawlhalla adding the Ninja Turtles, The Crew 2 getting some new cars and Watchdogs Legion Bloodlines seeing a return of Aiden Pierce and Wrench. Ghost Recon will also be getting updates with the 20th anniversary of the series this year.

Yes, of course there was new Just Dance, this is Ubisoft after all. You know what it’s about, more songs, some exclusives and releasing Just Dance 2022 on November 4th.

No new Assassin’s Creed show today with Ubisoft very much invested in Valhalla with the new game modes and free content expansions being added to date. Siege of Paris will be the next major update to the game adding more territory, story missions and abilities releasing mid this year prior to an explore mode similar to what we saw in AC: Origins. You can expect expansions into next year for this title from Ubisoft before any new AC.

From Games to TV/Movies Ubisoft is the studio behind the awesome series Mythic Quest that is currently on it’s second season on Apple TV. We saw a small tease of the end of S2 for Mythic Quest and a Sneak Peak of the Werewolf’s Within movie. Werewolf’s Within will be releasing July 1st in cinemas for Australia.

And it shouldn’t be a surprise with it just being announced prior to E3, Far Cry 6 definitely got some screen time during the E3 event with a cinematic introducing the main villain played by Moff Gideon.

The Far Cry 6 event recently already gave so many details about the game that the E3 event focused on the post launch plans with plans for season pass putting you in the role of a villian. There was also a tiny tease of something Far Cry 3 related.

Mario + Rabbids was a pretty major release for Ubisoft when it came out in 2017 with it’s turn based mechanics and use of exclusive Nintendo properties so it probably shouldn’t be a surprise that a sequel is being made with Mario + Rabbids: Sparks of Hope being announced in a cinematic trailer followed by some gameplay showing a more traditional Mario explore style than the previous game turnbased’esque one.

And the final major title to be announced (using the Snowdrop engine we have seen used in the Division series) was Avatar: Frontiers of Pandora. The game based on the James Cameron film (with 2 additional films on their way) and not the animated series featuring the last Airbender (although that would be cool) looks to focus on the conflict between the blue natives of Pandora and the Earth forces. This has a release date for 2022 on most major platforms.

And that, is pretty much it. This is only the first major conference and it is entirely possible we might see more new things from Ubisoft during some of the other conferences such as Xbox, Nintendo or the PlayStation State of Play for whenever that is announced.

If you want to know when you need to stay up late or get up early you can check out our E3 Pre-Guide or just come back here for more recaps.