Yes, this is not a happy story for G1 Transformers fans with Hasbro holding another Pulse session this weekend and amongst the slew of toys was the crown jewel of the first complete Transformers robot produced in partnership with Robosen robotics. The bad news is the limited production unit was listed for $700 USD and available in limited territories completely sold out, but the good news is it completely sold out. 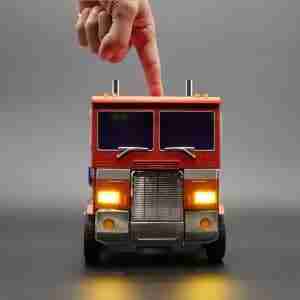 What do you mean? Well let’s just walk through what this thing is first as it is the first of it’s kind in the Transformers or Hasbro line up. Hasbro have become increasing active in the interactive toy space with multiple editions of Baby Yoda including follow me and other interactive features but this Optimus Prime by comparison makes that look like 2 cans on a piece of string.

Standing 48.2cm tall Optimus is powered by 27 independant servos allowing him the ability to transform between robot and truck mode with truck mode also allowing Optimus to drive around. In robot mode Optimus has limited walking capabilities but also able to perform preprogrammed poses (including some from the original Transformers movies) and recorded voice that sounds a lot like Peter Cullen. Oh and just to top it off, Optimus can either be controlled via an App (like the Star Wars Sphero toys) or through voice commands.

As we mentioned this 5000 piece of your childhood was retailing for more than a new Xbox or Playstation and completely sold out via the Hasbro Pulse site which is the bad news. So why is there good news of potentially paying way more to scalpers for your own Small Soldier (1998 Kirsten Dunst not included) when this is released in November?

For those who don’t know Hasbro Pulse is a newer initiative from Hasbro that works a little more like Kickstarter but for Hasbro licensed toys. It aims for the larger and more high end spectrum of collectors with toys like a complete to 3.75″ Action Figure scale Mandalorian Razor Crest. In the case of the Razor Crest with more pre-orders more perks were added to the end product before production started much like Kickstarter. While some products may never go past the ‘kickstarter phase’ pulse also works well as a testing ground for more experimental ideas from Hasbro to test the market without risk. 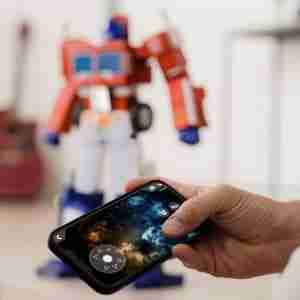 So as pure speculation if you were an international toy company who just released a limited edition fairly expensive high end toy that sold out within a day, would you leave it at that or would you start looking into how to make more? And in the case of Optimus specifically with the addition of the external app and support for more ‘downloadable content’ we do not think this is your only chance to pick up one of these.

For more Hasbro Pulse (including some new Marvel Legends props such as an Eye of Agamotto with glowing Time Stone) check out the Hasbro Pulse site.

Assemble, Transform and Roll-Out with the Official LEGO Optimus Prime