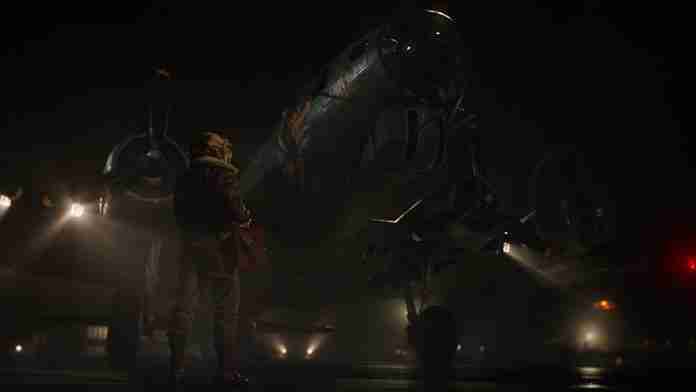 A flying fortress on a mission across the Pacific. A mysterious package with an armed escort. Something on the wing. If a combination of that ticks your boxes the new film Shadow in the Cloud with Kick-Ass/Hit-Girl Chloë Grace Moretz might already be on your to watch list but is it a must see or perhaps something not to feed after midnight?

Basically the story goes like this, Hit Girl having a top secret bundle, an arm in a sling and a british accent hops aboard a B-17 leaving Auckland airbase in 1943. Having newly acquired orders and jumping on while the plane is taxi’ing on the runway she is quickly stashed in the belly gun of the flying fortress as the only seat left in an already full flight heading to Samoa.

Alone in the chair and being introduced to the other crew on the flight only through comms it isn’t long before Hit-Girl notices something on the wing which is disassembling the plane and so far, no one else on the flight believes that she might have seen a Gremlin. Not a don’t get them wet, no bright flashes sort of Gremlin – the original type that was slang for the RAF in the 1920s. A mischievous creature that would sabotage aircraft and even could be found in literature from the 1930s of severing wires in biplanes (and Ronald Dahl is actually credited for getting Gremlins known outside the Royal Air Force). 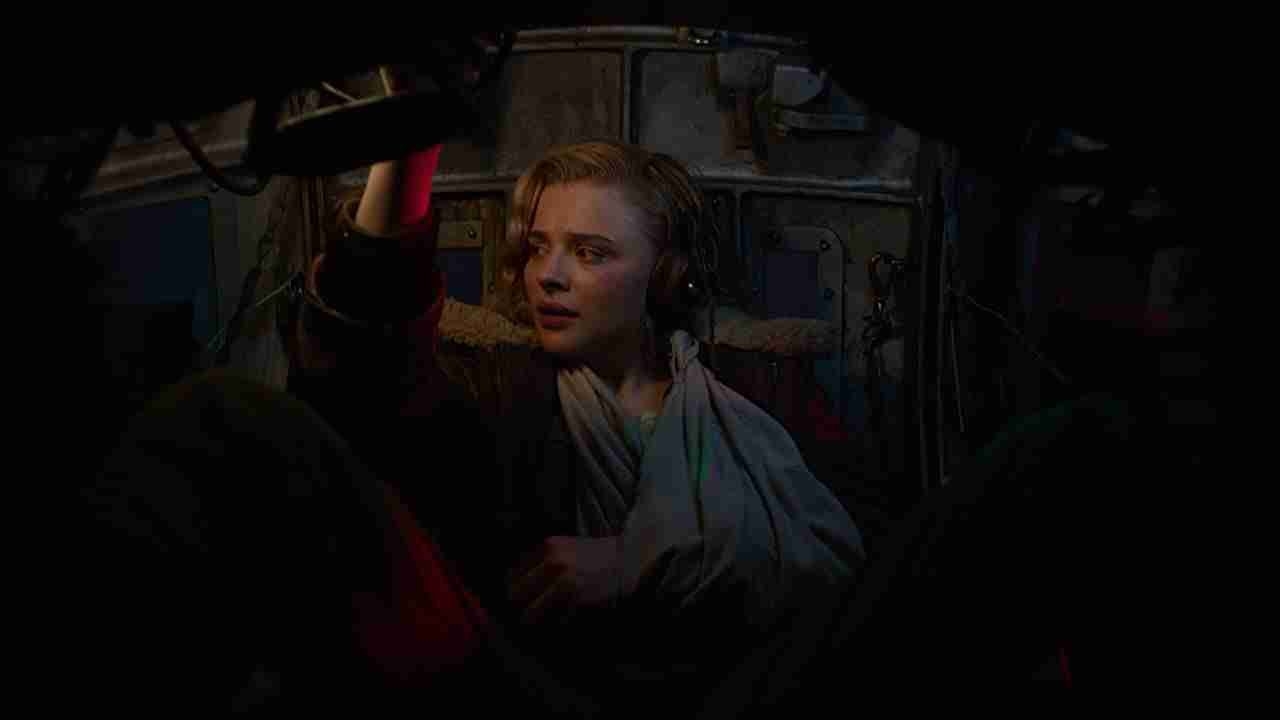 Anyway, back to the movie where we find our main heroine in the bottom gun seat of a B-17 which is actually where most of the film takes place. While being set in a plane over the pacific for the most part the largest part of this film is effectively shot, scripted and directed as a one room play with other cast members only voices on the radio or occasional flashes with dramatic lights. That is until the last 30 minutes of the film where the movie asks you to hold your disbelief as Hit-Girl leaves her seat she has been trapped in to move around the plane as the Gremlin escalates and you are asked to keep holding that disbelief but to hold a little bit more.

We have to call something out at this point because the movie does do a pretty spectacular split at this point which is due to circumstances that lead to the original script writer leaving the project before it was shot in NZ last year. The film while listing the original script writer due to the Screenwriters Guild of America rules actually was subject to heavy revisions as per sources close to the film which we can only assume is the cause of the deep divide in the first part and the end of the film. Going from a one room play that you might be heavily invested in, to a hold my red bull level of action that defies the laws of physics. So should you go see it? That…. is a hard question. On one hand the first hour of this film is good, really good. It sucks you in and shows a unique style that you do not often see without a heavy diet of indie films but certainly not with a supernatural/sci-fi spin. But on the other hand there is a point where the film just takes an absolute left turn on everything to be a completely different film. We know that you might be a little hard up for something to watch at the cinemas so if you can handle it this is worth the watch for the first 2/3rds without a question otherwise we would not fault you wanting to wait it out until this hits streaming.

Shadow in the Cloud is in cinemas across Australia right now