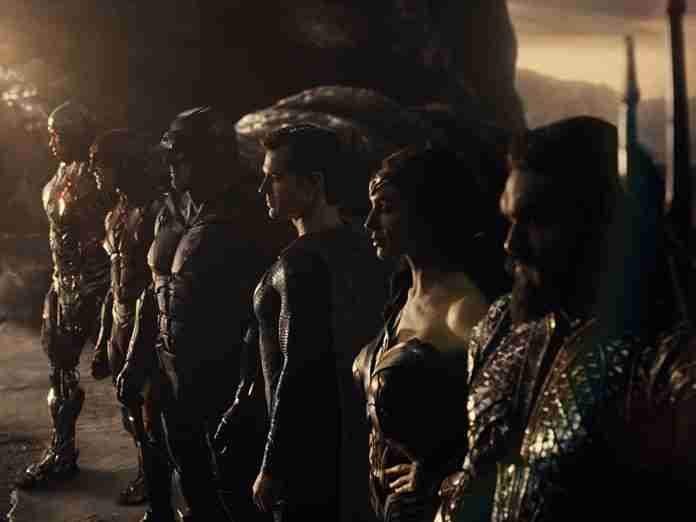 The Snyder Cut. If you are at all familiar with the Internet this is the most prized of all never seen versions of films. While the concept of a director’s cut or comments from an Interview by a film director far past the release of a film voicing concerns about studio input and cutting for time or budget from the original vision, is not nearly new the sudden departure of Zack Snyder from Justice League for very personal reasons that we won’t go into and to be replaced by Joss Whedon has elevated the art of speculation to new heights. Now with the Snyder Cut seeing light of day does it do everything imagined? Will it win every award known to humanity including peace prizes and ones for curing cancer? We took a look at the FOUR HOUR epic.

Right off the bat we are not going to aim to be completely spoiler free here as we are comparing to the Joss Whedon release that we will refer to as ‘The Theatrical Release’ for the sake of saving confusion. While holding a lot of promise the Theatrical Release is widely seen as a disappointment with box office short of expectations to reshoots involving CGI masking of Mustaches. Written by Snyder, the film was taken over by Joss Whedon who made changes to the end result adding more colour, more humour and different stylistic choices. But that much you probably know from the Internet. The Snyder Cut as mentioned is a 3 Hour and 52 Minute long recut and edit of the original film with a lot of the additional budget we are told going into CGI and we can definitely see it but more prevalent is the amount of footage that was clearly unused in the Theatrical release. After starting it is a full 10 minutes into the film before you see a cut and line that was used in both films. While the story is effectively the same the differences are way more than we had expected.

Some aspects are as expected for a nearly 4 hour cut of the film with longer action scenes, substantial more CGI and Snyder superheroics that definitely have you say out loud – ‘Yeah, that guy is dead’. But it is the different story this film tells while still being effectively the same plot – Steppenwolf while still the main villain of the film (but making it so VERY clear he is not the big bad) no longer has a Norman Bates like relationship with the Mother Boxes and treats them more like sentient machines like the comics. Gone are some of the Joss Whedon inserted scenes such as Batman capturing a Parademon from the new 52 Justice League #1 but so SO many more are added such as Steppenwolf no longer being a lone General but rather arriving with Parademons to fight Amazons. The film also very heavily aims to set up subsequent sequels and makes it clear there was a Snyderverse plan far past Man of Steel and Dawn of Justice. Not just with clearly large scale future Justice League films but in smaller ways like seeing Willem Dafoe who played Vulko in Aquaman appearing in the Snyder Cut as that character but never appearing in the Theatrical.

The film itself is set out into multiple chapters with an epilogue (the forced intermission that we had heard about did not seem to make it into the final version) brining it in just under 4 hours without feeling saggy or without progression – there is a lot going on however which does make you wonder if these were changes intended for the first version or changes made because it was given a second chance and intended to be the final chapter. The most jarring part of the film is actually the release itself with the film being 4:3 aspect ratio (not wide screen) and limited to 1080p through the Australian streaming service Binge. So should you go (to your couch) and see it? Well, yes. While you already know the plot and the film itself is VERY long this is actually almost an entirely different film with the most striking things being what was left out of the theatrical release. The Snyder Cut makes the Theatrical look like someone who wasn’t into Superhero movies watched the Snyder Cut, then had to retell the story to someone who then took from the comics to write a script and make the Theatrical version. Or to put it another way, have you ever seen a YouTube or Video where someone who doesn’t like Star Wars explains Star Wars? If you can imagine if that explanation was made into a film then you are halfway in understanding the difference between the two versions of this film.