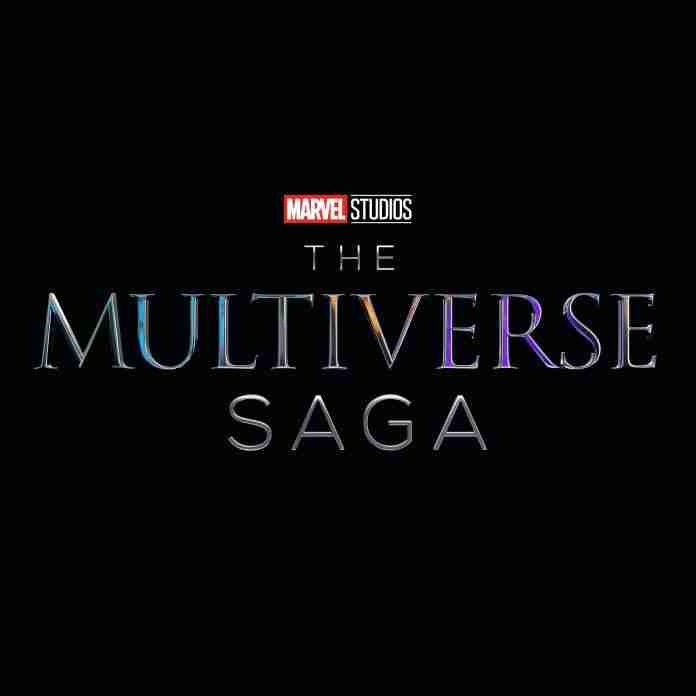 When Marvel do an announcement of a new Phase it is usually pretty big but with SDCC 2022 being the first Comic-Con in three years you knew it was going to have a little extra on it and you would not be wrong. With the Infinity Saga stretching across three phases Marvel Studios has officially dubbed the current saga The Multiverse Saga.

The panel itself was pretty huge with Marvel Studios animation no longer appearing as part of the timeline (having it’s own separate panel for What If, Spider-Man and Marvel Zombies) the panel did confirm the end of Phase 4, run through all of Phase 5 and tease what comes for Phase 6 Phase 4 officially comes to an end with Wakanda Forever out in November. Even with only 2 instalments left there was still a lot to cover with a new trailer for She-Hulk: Attorney at Law (Aug 2022) continuing the trajectory of the MCU with cameos.

Wakanda Forever (Nov 2022) being the official end of Phase 4 has been exceptionally quiet up until now but SDCC dropped the first look trailer which includes appearances from Namor and who we assume is Riri Williams aka Iron Heart on top of a very familiar looking Black Panther suit. Phase 5 kicks off almost straight away with Wakanda Forever out in November and the next instalment at the beginning of the following year. A lot was mentioned but here are some highlights. Ant-Man and the Wasp: Quantomania (Feb 2023 in cinemas) dropped some concept art before the mail Hall H panel showing what looks to be Stinger in purple which we are assuming will be Cassie Lang. Once in the panel Jonathan Majors will be Kang aka a variant of “He Who Remains” which we knew. But also MODOK will be appearing in the film as will Bill Murray. 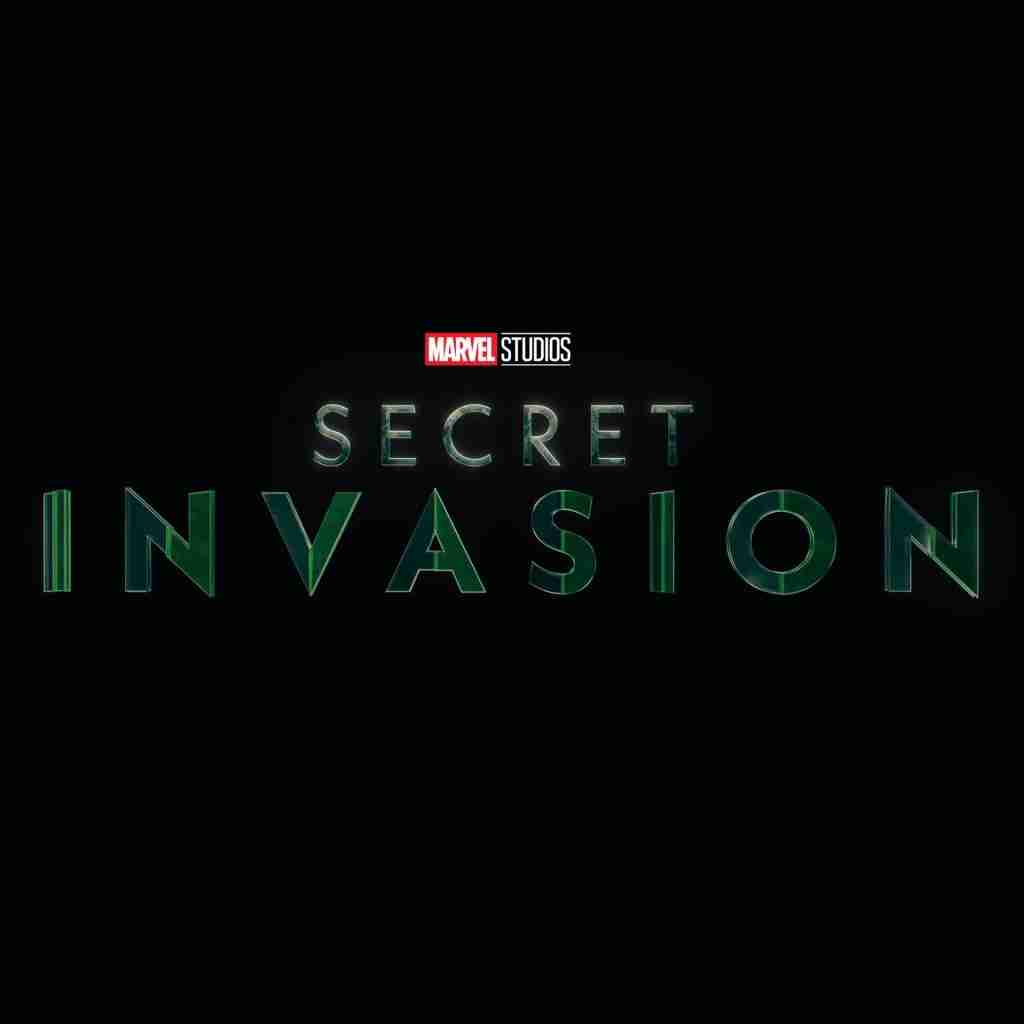 Only given the date of “Spring” (aka March to May everywhere else) Secret Invasion is the Nick Fury/Skrull Invasion adaption which is heading to Disney+. If you were in Hall H you were treated to some footage showing Rhodey appearing but for everyone outside the hall we will likely catch a glimpse in the not-too-distant future. While production is still happening right now James Gunn did appear in Hall H along with some other Guardians and confirmed that Vol 3 is the end of this version of the team. There was some footage shown of Gamora being the leader of the Ravagers and concept art of Adam Warlock, but for anyone who is concerned James Gunn also said that it is the end of their story but end of a story doesn’t mean everybody dies. Guardians of the Galaxy Vol 3 is in cinemas May 5, 2023.

Update – The High Evolutionary is confirmed as a villain for GotG vol 3. Echo aka Maya Lopez from Hawkeye’s spin off show Echo is coming to Disney+ roughly the same time as Guardians of the Galaxy Vol 3 with a ‘Summer’ release date which means July/August outside of the US. Charlie Cox/Daredevil has been mentioned as shooting some scenes for the series but Vincent D’onofrio/Kingpin will also be returning. Loki Season 2 will be following Echo also in the “Summer” release. Not a lot was mentioned about this one but given that we are now in the Multiverse Saga and how Season One ended this will undoubtably be important to explain what is going on. Oh and Chris Hemsworth will be appearing as a cameo. 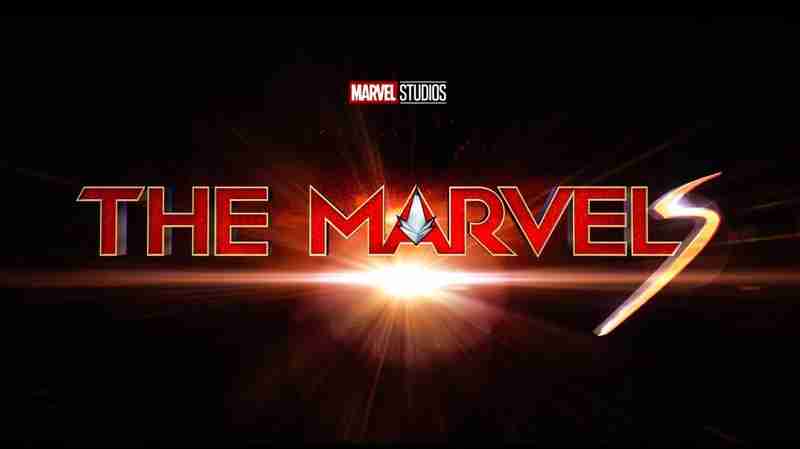 Breezed over but of-note: The Marvels sits in it’s new release window of July 2023 in cinemas which will no doubt address the end of Ms Marvel. We did however find out that Nick Fury will return and Noh-Varr aka Marvel Boy has been cast. 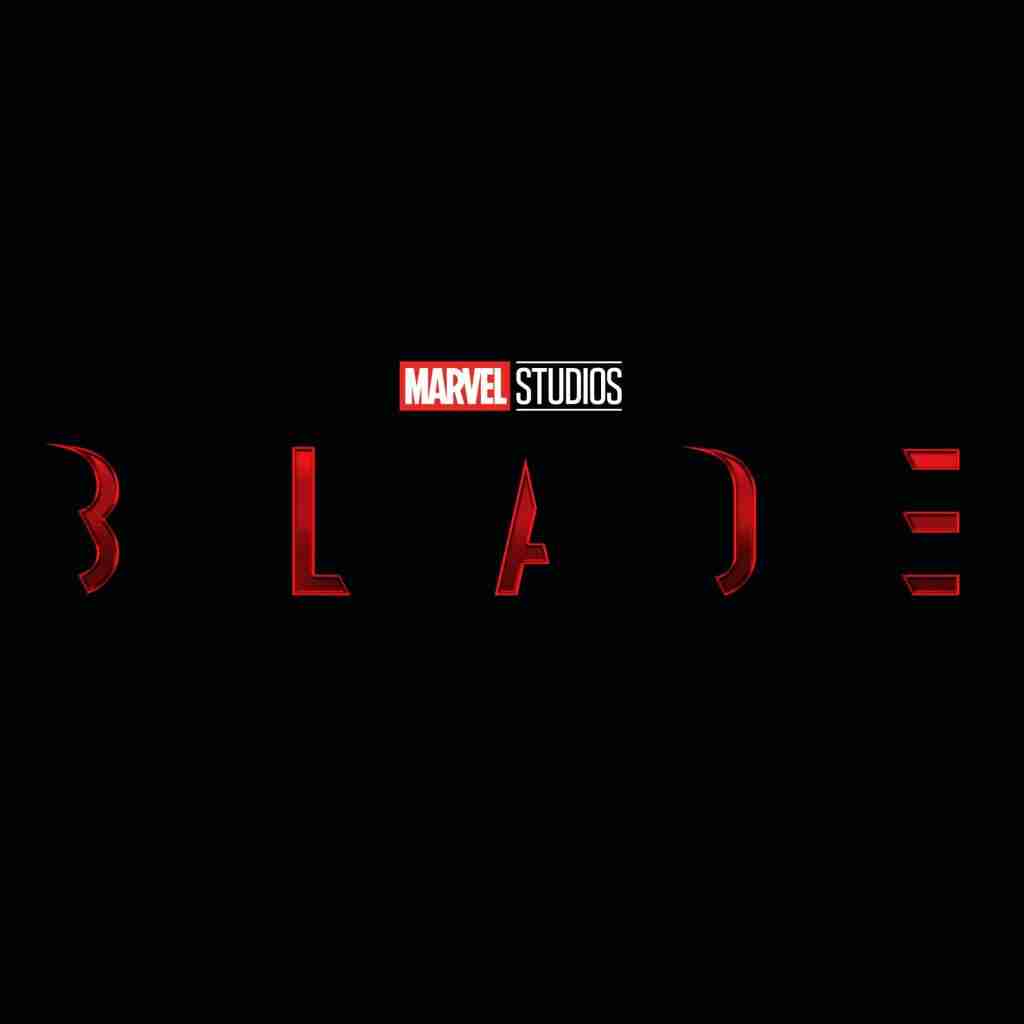 Following The Marvels is Blade who was teased at the end of The Eternals. All we know here is that it will be out in November of 2023 and that it will start filming in October this year (so pretty quick turn around in comparison with some other MCU films). The Riri Williams Iron Heart series is still a go with the character appearing in the Wakanda Forever trailer. This will be on Disney+ after Blade so expect it November/December 2023. The Agatha Harness Disney+ series, Agatha Coven of Chaos is still a go with a release date for Disney+ after Ironheart in “Winter” aka December to February 2024. This is pretty much all we have here but we can only assume Agatha is still trapped in Westborough. This was previously sub-titled as House of Harkness. 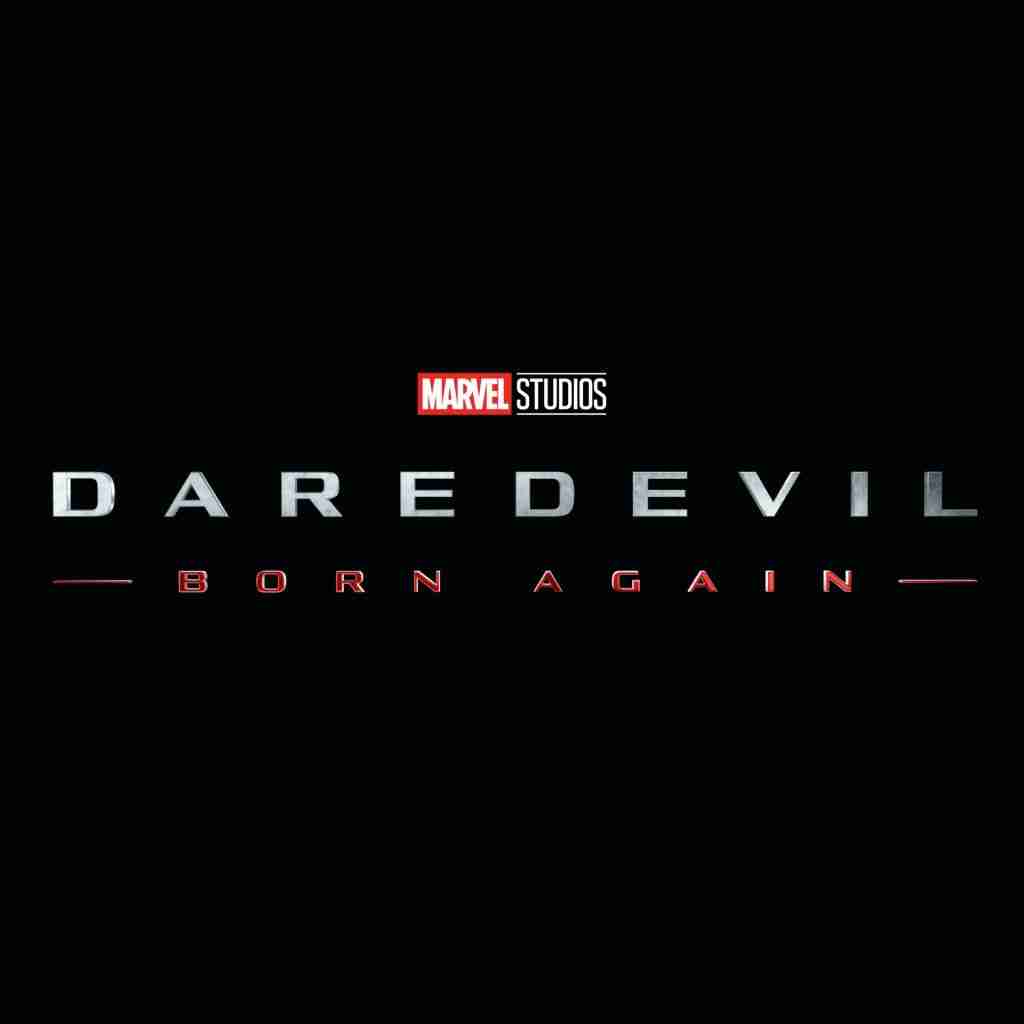 The REALLY big announcement for Phase 5 is the return of Daredevil in Daredevil Born Again on Disney+. Looking for a “Spring” April/May 2024 release this of course has the return of Charlie Cox’s Daredevil who we saw in No Way Home but we expect to get more of in She-Hulk: Attorney at Law from it’s most recent trailer, but also will have Vincent D’Onofrio appearing as well. Oh and Daredevil Born Again will be the first Disney+ series with 18 episodes in a single season. Almost at the end is Captain America: New World Order which will have the Sam Wilson Captain America as referenced by the end of Falcon and the Winter Soldier Disney+ series. At this stage only Anthony Mackie has been confirmed but we are fairly confident that we will see Bucky Barnes also return. And Phase 5 officially ends with Thunderbolts. For anyone who doesn’t know the Thunderbolts are sorta like the MCU Suicide Squad, in one version they are criminals pretending to be heroes lead by Zemo, and in others they are criminals controlled by the government as a Black Ops team most notably under Norman Osborn.

Given the latter was important in the comics leading into Secret Invasion and what came after we think this will be a new version which will tie Julia Louis-Dreyfus’ recruiting as the Contessa in Black Widow and Falcon and the Winter Soldier together. Ok so this was both expected and unexpected as we were hoping for some Fantastic Four news but more expected it to come in the form of the end of Phase 5. Very much mostly unannounced (as announcing will likely spoil some of Phase 4 and 5) actual dates were put to the big 3 for Phase 6. 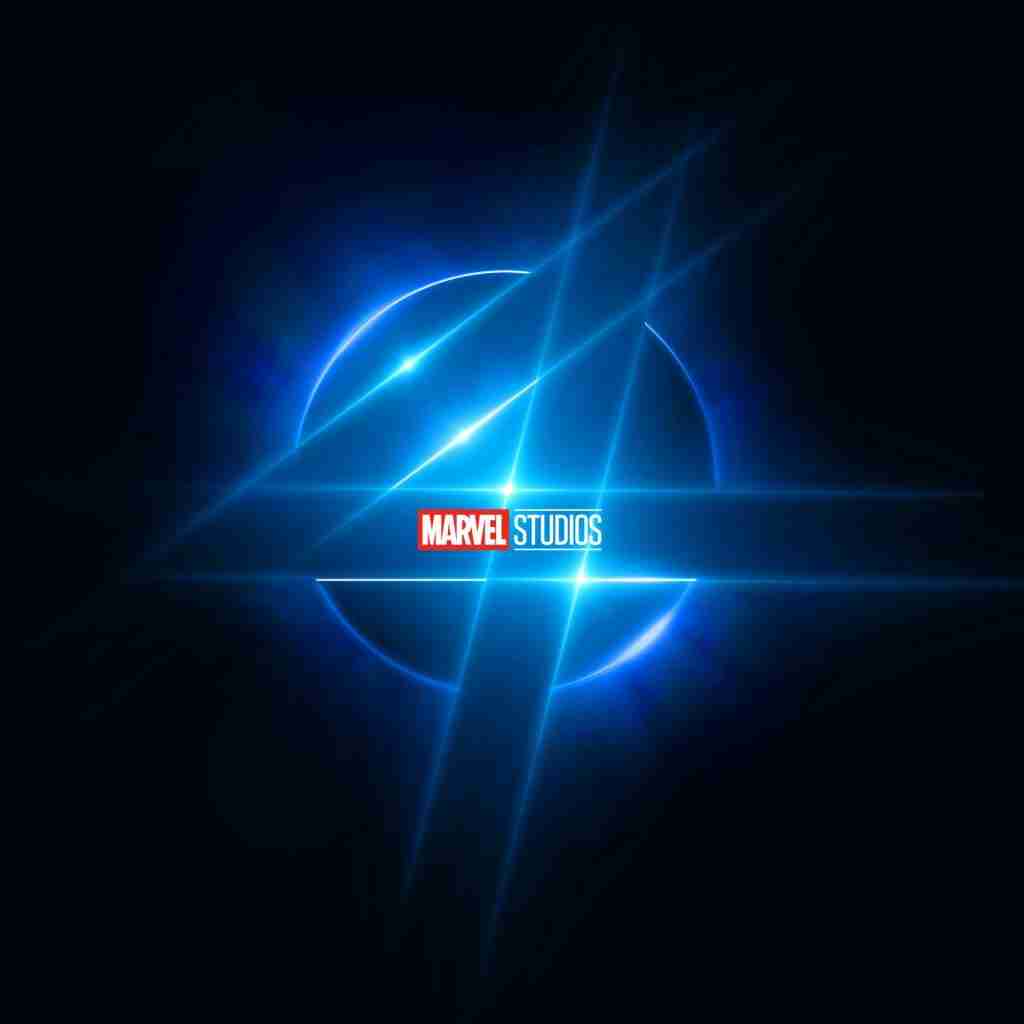 While rumours have been flying for the last week on the Fantastic Four casting after John Krasinski is seemingly out of contention after appearing in Multiverse of Madness (we still hope for Yvonne Strahovski as Sue Storm). The only facts we know is Phase 6 starts with Fantastic Four and it will be coming out in November of 2024. Unlike other phases Phase 6 will have TWO Avengers films with the first being Avengers the Kang Dynasty. Expect this to have to do with whatever happens in Quantummania but given the entire saga is now the Multiverse Saga and what has already been setup by Multiverse of Madness this could probably considered Part One. This is slated for May, 2025. A possible Part Two set six months later is Avengers: Secret Wars. While just a title card for now we know this is not based on the 80’s Secret Wars comics but the early 2010’s Jonathan Hickman storyline which was a Fantastic Four story not an Avengers one. It has also been confirmed by Kevin Feige that the Russo Brothers are not directing the next two Avengers films.

And that is it! While the Phases do seem slightly locked in you can expect more announcements as we move between films and shows with sometimes even announcements being spoilers for other instalments of the MCU.

The MCU is always in a slight amount of flux with even this roadmap seemingly missing things that had been announced previously like Armor Wars but there is always Disney Investor Day and next years SDCC to drop another 15+ announcements all at once.