When you talk 80s toy lines Transformers is pretty much king unless you grew up in the U.S.A in which case there might be another catchphrase that dominated your Saturday morning cartoons. Yo Joe was the one of the longest running toy lines for Hasbro, makers of Transformers, with the toys first releasing in 1964. The military based action figure line may have changed over the years from ‘Action Pilot’ to Action Figure but now the series is getting a new coat of paint and a film reboot with the new film Snake Eyes: G.I. Joe Origins.

G.I. Joe is of course based on a toy line by Hasbro, much like Transformers the toy line spawned a cartoon which was big in the 80s specifically in America (not so much in other countries). The main crux of it was the G.I. Joes (the military good guys) fought against C.O.B.R.A. (the bad guys) but being based on a toy line everything was about action figures and playsets. There were dozens of different characters each with their own unique 3 3/4 action figure + a multitude of playsets and vehicle toys from bases to jets including at the time the largest playset ever made an aircraft carrier. While the toy line had gone through cartoon incarnations and multiple Marvel Comics adaption (including a crossover with the Transformers when Marvel had both the G.I. Joe and Transformers licenses) it wasn’t until 2009 where the first big screen adaptions happened which found a follow up sequel in 2013. In these the GI Joes (an elite military counter terrorism force) fought COBRA (a terrorist organisation) but set as both organisations having existed before this point. Including several characters such as Scarlet (Joes) and the Baroness (COBRA) it also had a subplot involving the American Ninja Snake Eyes (a Joe) dressed in black and his nemesis Storm Shadow (COBRA) dressed in white.

In this version a mute Snake Eyes and Storm Shadow met as children and were trained by the same sensei in the ways of the Ninja. When Storm Shadow betrayed their master the pair split. The pair fought many times over the course of the films as part of the martial arts fight scene quota of a Hollywood blockbuster with the silent Snake Eyes being played (and face never seen) by Ray Park aka Darth Maul or Toad from X-Men if you prefer. The new film Snake Eyes effectively takes a brush to start over again with Snake Eyes definitely not being mute in this version (although in the cartoon he lost his voice in one of his first missions with the Joes). A drifter who begins as a underground cage match fighter Snake Eyes does not know his name as an orphan who saw his father killed he has grown up looking to find his murderer. Feeling like more of a Yakuza crime film to begin with Snake Eyes who dresses in black falls in with some organised crime which leads him from the Port of LA to being on the run with his new friend who dresses in white to Tokyo. You can probably see where this is going.

Snake Eyes is effectively a self contained story about Snake Eyes but while it sucks you into it being a fairly engrossing Samurai/Ninja movie vs the more gimmick prone GI Joe films of the past, the GI Joe and COBRA connections definitely sneak up on you and then shake you in your chair every so often so you don’t forget they are there. This is the point where the film blurs between the Snake Eyes origin story and a GI Joe Origin movie.

And here is the thing, if you went in knowing you are seeing a GI Joe movie you are completely prepared for it to change by the end but the way the movie is in the early half completely makes you forget and think you are watching a different movie, not quite the classic Japanese films but solid levels of action that keep you engrossed until it turns from the first half of The Wolverine with Hugh Jackman to the last part of the Wolverine with Hugh Jackman and the CGI Robot Samurai (but there is no CGI Silver Samurai in this one). 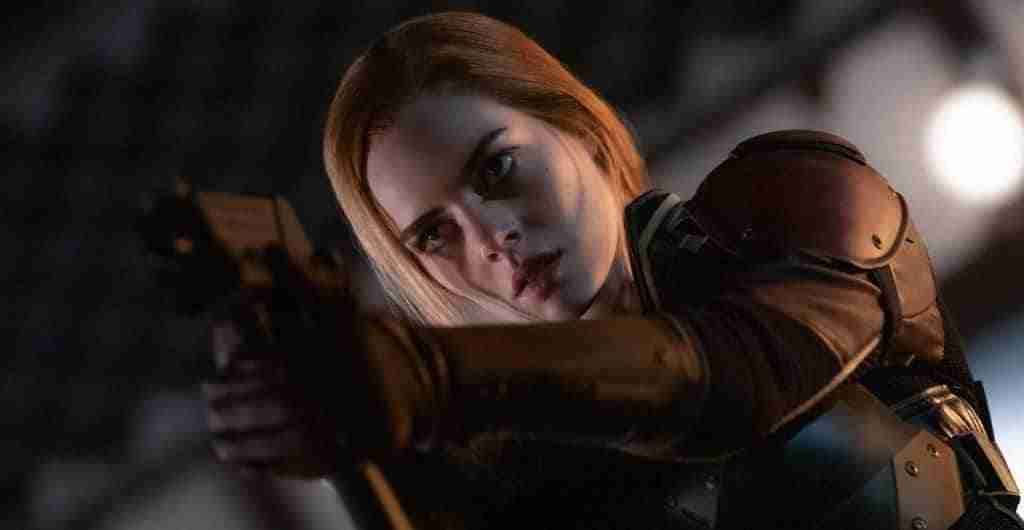 So should I go see it? If you are a fan of G.I. Joe movies this may not have all the gloss and over the top CGI explosions that you may want but if you are a sucker for Ninjas, Yakuza, a hint of mythology this will hit the right spot. Without question this is definitely putting a toe in the water for a larger GI Joe Franchise return (and having Samara Weaving as Scarlet doesn’t hurt) the only dice roll will be if you can handle the gear change in this one.