Hyperkinetic First Person Ninja Stars, VR Snipers, Monster Hunters and making Zombies fun again is just some of the gaming you have to look forward to this week. But before we get to the full list, here are your highlights:

Starting your gaming week with the Nintendo Switch is hyperkinetic FPS of Boomerang X. Not quite a boomerang more of a 4 Ninja Star thing that you throw and you go with it but that definitely would make for a longer title… basically you have this weapon you throw, the laws of physics do not apply as it can be used for both attack and movement. Take out enemies and look cool doing it. It is coming to the Switch first but you can also grab it via Steam on Friday.

Moving to Thursday is some VR love this week with Sniper Elite VR coming to both the PSVR and Steam supported VR platforms. Part of the Sniper Elite franchise this really shouldn’t need to be spelt out to you but it is that – in VR!

And Friday is our big title for the week with Monster Hunter Stories 2: Wings of Ruin coming to both the Switch and via Steam on Friday. We saw this as part of the E3 line ups this year with Capcom – the short of it being more adventures in the Monster Hunter World where verticality is the name of the game with new winged creatures.

Honourable Mention: And our honourable mention this week goes to a little more VR but what if we told you shooting Zombies could be fun? Zombieland VR – Headshot Fever is not a dirty walking dead style Zombie shooter but more of a time trial sort in bright locations where you play as one of the characters from the movies to get the best time in. No course takes longer than a minute with the ability to slow time as you chain headshots. This one is for your weekend coming out on Friday for HTC Vive, the Rift, Windows Mixed Reality 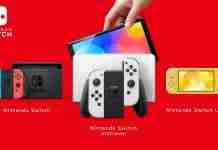 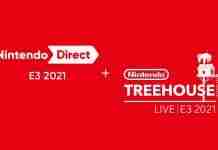