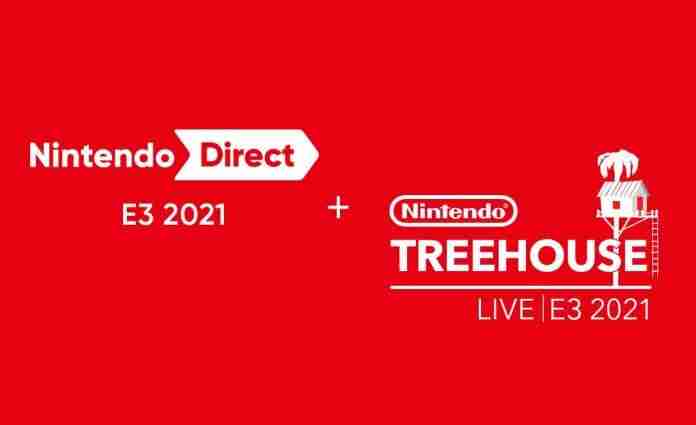 And E3 continues with what is the last major Showcase for this week. While there are a bunch of smaller press conferences still happening (plus Pax Online replacing Pax East) we only have EA and Sony left both of whom are are holding their events ‘outside’ of E3. But what went down at the Nintendo Direct today? Here are the highlights.

Kicking off in their familiar format the Nintendo Direct is a more consistent format with Nintendo presenting these more regularly. We have already seen some new Nintendo as part of the Ubisoft Forward event on Sunday but this did not stop there being a ton of new things to be excited for. Starting with characters from Tekken joining Super Smash Bros Ultimate.

Tekken was shown in some brief gameplay but a larger feature will be shown later this month.

Next was a brief trailer for Live is Strange Remastered Collection and True Colors which were announced and shown as part of the Square Enix Showcase, so nothing new here except for it coming to the Switch on September 10th for True Colors and Remastered later in the year.

Also on the Square Enix train Guardians of the Galaxy got a brief show with an commentary above. Nothing new here again, just a confirmation of a date for the Switch – October 26th.

Switching (heh) quickly over to Worms Rumble which will be launching with some exclusive content for the first 2 weeks. What was more interesting was the promise of a discount of 25% if you preorder, could this become the new norm after many swearing off preordering after titles like Cyberpunk in the last year? A sizeable discount on pre-ordering might make us think differently.

Following Worms was Astria Ascending which was revealed not long ago coming to Xbox but the JRPG will also be dropping on the Switch September 30th.

Keeping with the quick fire of games was Two Point County, the Management Sim/Builder has you building and running a University. It’s similar to the mechanics of Two Point Hospital from the same developer, just with a University Campus and out next year.

Nintendo is of course well known for its franchises and celebrating anniversaries of games with re-releases and new updates but we must admit we didn’t think Super Monkey Ball would have a huge following. Regardless Super Monkey Ball Banana Mania will be on the Switch October 5th.

Keeping with Nintendo Franchises for the moment is a new edition of Mario Party which includes boards from across previous editions of the series. There is some rework here with all games now supporting button press (and not just motion controls) AND clearly pandemic proofing by now supporting Online Play for all modes either with friends or randoms. You can get this at the end of October.

No new look at Metroid Prime 4 that was previously announced and was confirmed as being worked on but then Nintendo went and confirmed a new Metroid game for the series – Metroid 5 aka Metroid Dread.

The announcement trailer showed quite a bit of 2D gameplay but for anyone super confused about how this fits into the Metroid continuity a developer walkthrough was released separately to the Nintendo Direct. Metroid Dread will be out on the 8th of October along with some new Amiibo tie-ins. There was also more on this as part of the after-show Treehouse.

Cruis’n’Blast is a 3rd person racer which is a Switch exclusive, making it the only console you can play a racing game as a flying unicorn.

And 17 minutes in we get our second Mario game with Mario Golf: Super Rush. Adding a few new modes like Battle Gold and some sort of Racing option, Mario Golf will let you play through in a campaign mode with your Mii characters too.

Monster Hunter Stories 2 from yesterday’s Capcom Showcase got a mention along with a longer trailer. It also got a longer play through as part of the post Treehouse aftershow.

Mario Party not enough? New WarioWare was announced with 2-player modes dropped next. If you don’t know WarioWare but have a switch this definitely needs to be on your to buy pile as a party game (even if it traditionally isn’t made as one). In short, more mini games and the option of 2 players and coming to Switch September 10th. And if you want to cheat and see what mini-games are new there was a section of Treehouse just on WarioWare: Get it Together.

Next up was a quick trailer for Shin Megami Tensei that only really gave a look at the story but much like some of the other titles shown this got some time on Treehouse post the main direct. Shin Megami Tensei is a turn based monster (or in this case Demon) fighter that lets you also recruit Demons. Think Final Fantasy combat meets Pokemon.

Games from the Danganronpa series are also coming to the Switch. This one is a bit hard to explain with each of the 4 games having some weirdness to them (board games and first person mysteries) but if you already know what this series is then you will be able to get it as a collection or each game individually.

Fatal Frame is a horror adventure game that has you wandering some pretty spooky locations where ghost roam and your only way to repel them is with a special camera. This is due out later this year.

And from that we got another quick barrage of games and DLC coming out ranging from soon to right now for the Nintendo Switch specifically. Among those shown were Doom Eternal: The Ancient Gods Part One DLC (available today), Tony Hawk Pro Skater 1 + 2 Remaster (June 25th), The Strange Brigade (available today), Mario + Rabbids (as shown at the Ubisoft Forward) and Advance Wars 1+2 Reboot Camp (December 3rd).

And finally the last announcement for the Direct was an Expansion Pass for Hyrule Warriors – Age of Calamity. Not quite the Switch Pro (which really needs to be called a Super Nintendo Switch tbh) or Breath of the Wild 2, this is probably the next best thing to expand your Hyrule adventures. Coming out in 2 parts under the same price tag, Wave 1 adding new weapons, challenges, guardians and enemies will be out June 18th (Friday) and the second part of the DLC will be coming in November with more details to follow. The DLC of course expects that you already own the game to work.

There was then some additional talk about the upcoming Skyward Sword that will support gameplay using both the joycons and gamepad modes. Before the item we are most excited about which was a new Game and Watch system. Much like the Super Mario Bros Game and Watch the new Zelda Game and Watch will have Zelda 1, 2, Links Awakening (gameboy version) and one actual original Game and Watch game. There are also some enhancements in relation to how the watch function works. It will be available November 12th but expect it to be fairly rare and worth a pre-order.

And that is pretty much it. There were a few more things shown in depth as part of the post Treehouse event with the exception of one more thing that got a teaser but not really spoken about too much during the Direct – a Teaser for a Breath of the Wild sequel dated 2022 and a backward sounding audio at the 55 second mark (which was something Nintendo did with the original BoTW too).

But now that really is it and for the most part that is all the majors for E3 2021. We still have EA to go next week and Sony is expected to have a State of Play some time soon but you can catch our Ubisoft, Microsoft, Square Enix and Capcom recaps for more of what was shown at this year’s E3.