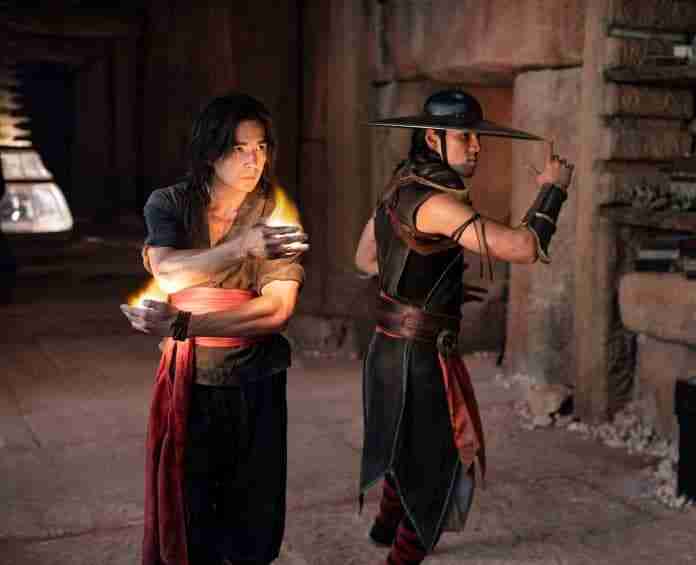 If you cannot hear the words Mortal Kombat without intense techno music playing in your head then you probably don’t need to read this review as you are already heading to cinemas to see the update live action film based on the epic game franchise. But if not, get over here as we need to take you to school so you can see the latest bloody action film to hit cinemas.

Mortal Kombat is of course the latest film from Warner Bros that finished shooting last year in South Australia. Based on the 1992 fighting game of the same name the lore behind the game has evolved over the last 22 editions of the game on everything from the Gameboy to the PlayStation 4, the comics and even a single season animated series in 1996 (although the animated Mortal Kombat: Scorpion’s Revenge film on Netflix is really good, we recommend watching that).

The basic premise is simple, Earth Realm and Outworld are locked in an ongoing tournament as dictated by the Elder Gods for dominion over Earth Realm. This of course is not called Mortal Kombat for nothing as Earth’s Champions must battle Outworld’s Champions to the often gruesome death. This is the original game that spawned the concept of finishing moves with each Champion/Character having a variety of ways to send off their opponent from the mortal coil with the only commonality being it will take more than a Bandaid with the Bat logo on it to revive. Mortal Kombat finishing moves were also somewhat responsible for the game classification system we have today.

The popularity of the series (while also seeing a DC Universe crossover which was the basis for the Injustice Game and then comic by Tom Taylor) even was popular enough for not one but two Mortal Kombat movies in the 90s which included Highlander Christopher Lambert playing Earth Realms Elder God safekeeper the other god of Lightning, Raiden. The latest movie however is not a continuation but rather a reboot of the franchise in film.

Much like the game Earth is locked in Mortal Kombat with Outworld with only one tournament away from losing, mostly because Outworld cheats and kills champions outside of the Tournament which is definitely the case here. The film does not shy away from Dismemberment as it jumps right into it and sets the tone for the amount of blood donorship you will see in fight scenes within the first few minutes of the film.

If you are familiar with the original film the new update is nowhere near as campy with core cast of Sonia Blade, Jaxx, Liu Kang and a new character who has not been in the Mortal Kombat series before and introduced for the film as the main protagonist Cole Young (no Johnny Cage/Sonia Blade subplot here, although we aren’t really spoiling it to say it was teased a little). But without a doubt the highlight was Kano played by Josh Lawson who injected almost all the humour into the film as he plays the, now Australian, gun runner Kano who got his mark when he killed an Earth Champion.

Oh yes, unlike the games or previous films Mortal Kombat is not an invitational rather something that is carried with a mark/brand on each Champion. The only way they get one is either to be born with it or Highlander rules of killing another Champion to have it. Do not worry however as this minor detail is only a minor one with more than enough fan service as the film kicks into high gear. Fatalities are bloody and there is no teasing of Outworld champions for a sequel with the likes of Goro, Subzero, Reptile and more being put up against Earth’s champions almost straight away.

So should you go see it? While in the early 90s video game movies were not, how can we say this nicely… good? We are a long way out from that and Video Games are serious business as are their film adaptations. While being based on a game about characters being able to rip their face off and breathe fire is not exactly the stuff of oscar nominations this is definitely an entertaining action/fight movie for anyone who played any edition of the game in the last 29 years. While not a completely flawless victory we can only hope this is not the last film chapter.

Mortal Kombat is in cinemas across Australia from today