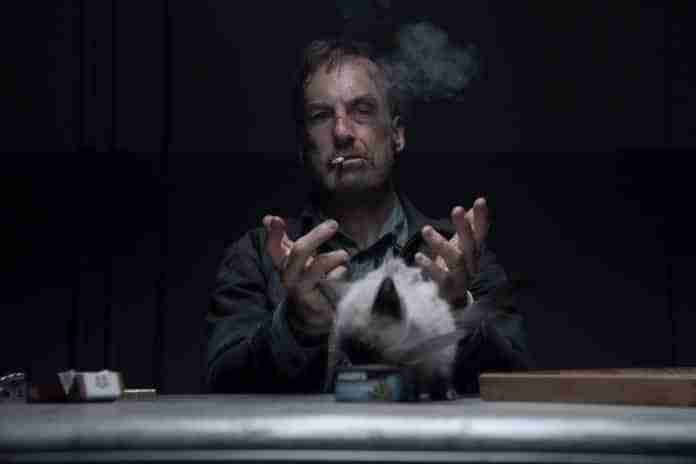 If you were to make a list of all action films from the last 10 years that you would add to a list of all time greatest action films it would be a hard sell not to have the John Wick series up there. The combination of the perfect motivation for a retired hitman to return to the life has made it one of our favourite series and has us counting down until the next chapter. So when the new film from the writer of the John Wick series dropped of course we had to go see. Probably not set in the John Wick universe (but it could be) is the new film Nobody starring Better Call Saul’s Bob Odenkirk. In short Saul/Hutch is a bookkeeper at his wife’s father’s steel manufacturing factory somewhere in the US. He is living that suburban life with the wife, 2 kids, forgetting to take the garbage bin out and rushing in the early hours of the morning to miss the truck, catching the bus to work every day, was, rinse, repeat.

Being from the writer of John Wick you can guess that isn’t all there is to the tale as a home invasion sees Hutch tracking down the wannabe burglars after his daughter’s Kitty Cat bracelet goes missing. Hutch is a man with a life he gave up to rock the suburbs and while you might be expecting a gun toting action flick with Saul screaming ‘give me the goddamn kitty cat bracelet’ there is a little more to it as Hutch secretly misses his old life. Much like John Wick, Nobody teases the Baba Yaga of Hutch with even his ‘Dad’, Christopher Lloyd being in on the history (yes Doc Brown is in an action movie). While the Keanu’s background is steeped in the Assasin’s world of the Continental, Hutch is teased as something more official that he was able to leave with minimal hiding, even if he keeps a ham radio in his office to talk to former colleagues while listening to records.

While it might feel a little to get going once the action hits it is blunt and a little brutal. John Wick’s Gun Fu might be a legitimate style for Nobody the style is definitely a bit more blunt object to start with. Think John McClane being the first action hero to bleed level of blunt force as Hutch punches, stabs, shoots and claymore mines his way through the local underworld. What starts out as maybe a Deathwish remake quickly pivots to being more a man with a certain set of skills that start off a little rusty but by the end… So should you go see it? If you are a fan of the John Wick series and don’t mind a bit of bloody action then absolutely. This isn’t good in the way that we haven’t had a lot of action films in the last year good, it’s good in a way that it is legitimately good. The little sprinkle of dark humour in there is just a bonus and does differentiate it from the John Wick series, but if being from the same writer was not enough to bring you to the cinema then Doc Brown in this definitely should.

Nobody is in cinemas across Australia right now