It has been a year of a lot of delays for a lot of blockbuster movies. A lot of major films originally targeted for mid-year have seen multiple revised release dates and now some moving into next year in fact. With Australia, for the most part, being one of the safer places in the world and thanks to the launch of a new WB aligned streaming platform in the US, one major franchise has managed to pull off a 2020 release from the year 1984 with Wonder Woman.

In case you didn’t know (but why wouldn’t you) Wonder Woman is one of the big three of DC, the Trinity right beside Superman and Batman. A warrior princess from the island of Themyscira aka Paradise Island where an Immortal society of women have lived in centuries since the times when Greek Gods roamed the earth. Diana/Wonder Woman was the only Woman born on the island as she was molded in clay by her mother (Queen Hippolyta) and then given life by Zeus. Originally appearing in 1941 as part of the Justice League some 3 years after Batman and Superman and created by an American psychologist (that we won’t go into as that is an ENTIRELY different tangent that we would not return) Wonder Woman was the sort of mythical version of the science fiction Superman, raised as a Warrior but gifted unbreakable bracelets capable of deflecting bullets and the Lariat or Lasso of Truth, an unbreakable rope that can compel others.

With nearly 80 years of comics to draw from plus one of the few Live Action TV shows with Lynda Carter in the 70s running for 3 seasons following Adam West’s Batman in the 60s there is no shortage of Wonder Woman lore, villains and stories to draw on but it was not until Batman v Superman that we first saw a big screen Wonder Woman.

While not an absolute prerequisite for watching the latest film in the first Wonder Woman film set in World War One, Wonder Woman leaves Paradise Island with a downed pilot Steve Trevor. Much like some versions of the comics after leaving Paradise Island for ‘Man’s World’ and defeating Ares, the God of War (and other things) Diana was not able to return to the Island. In the first film this was not without consequence with Steve Trevor losing his life to assist in thwarting the evil scheme. Fast forward to 1984 (as Wonder Woman is from a race of Immortals remember) and we pick up with Diana Prince still living in the world outside of Themyscira now working at the Smithsonian in Washington DC. Still operating in costume, saving people and thwarting bad guys, Diana is much more under the radar taking care not to be spotted for the most part. It isnt really until she stops a robbery which included a mystical artifact that was intended to be sold to the Max Lord aka the Mandalorian (Pablo Pascal) that things start really happening.

The film follows Wonder Woman and Max-a-lordian in equal parts throughout the film with the screenwriters including this time DC’s Dan Jurgens where as the previous film followed a Zack Snyder story. Definitely going for a more hopeful and positive tune the film itself is a lot brighter than the previous. Not just from moving from the trenches in WWI to the neon leg warmers of 1980s USA but taking cues from Aquaman and Shazam in being more vibrant throughout with well lit action and fight scenes that do not leave you wondering what happened. So should you go see it? While a definitely improvement over the first film this new Wonder Woman is part of the new direction of the DCEU of standalone films. The first film might be helpful before watching this one it is in no way required viewing as WW84 aims to be a more standalone film with very little world building (aside from a quick and casual reference to Queen Bee/Black Adam). If you are feeling a bit starved for some Superhero movies in 2020 and still love the character of Wonder Woman there is a lot to like here, but if not there is still a lot to like if you are just really needing a trip to the cinema and a popcorn flick.

Wonder Woman 1984 / WW84 is in Cinemas now across Australia 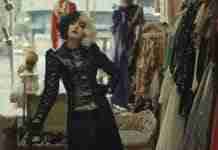 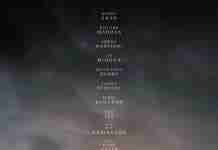 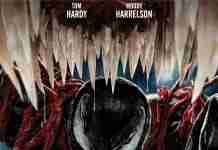 Venom 2: Let There Be Carnage Drops a Trailer and a little bit of Little Shop of Horrors vibe 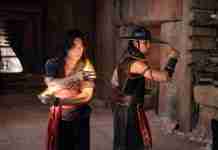