Can a Mysterious Island in the South Pacific, or Zelda as a Open World Speedrunner, OR an epic quest to return to your familiar tempt you away from Cyberpunk 2077 for your play time this week? We are in the home stretch for 2020 but there are still tons out to play so before we get to the full list, here are your highlights:

Starting your week early is the Island adventure of Call of the Sea. Play as Norah who travels to a lush tropical island in the South Pacific of the 1930s who will solve puzzles and unlock secrets to solve her husband’s disappearance. Channel your Myst skills when you pick this up on Steam this Tuesday or Xbox on Wednesday.

Also on Tuesday is the PlayStation 5 edition of The Pathless. This Zelda like speedrunner where you slide and shoot to pick up speed in a seemingly open world is already out for other platforms including the Apple Arcade but if you want the PS5 version (which comes with the PS4 one) you can get it on Tuesday.

And lastly for the week we have the big title that you have been waiting… and waiting… any waiting for – Cyberpunk 2077. First announced in 2012 the age of the PlayStation 3 this has been a long time coming with much hype due to coming from The Witcher development team at Projekt Red. An open-world RPG title set in the future has a lot to love about it even before it was announced that Keanu Reeves would have a big role in it. You can get this first on as the PlayStation 4 edition on Wednesday with the PC and Xbox editions out on Thursday.

Honourable Mention: And our honourable mention this week goes to Unto the End. While the rest of your week might already be spoken for on Thursday embark on an epic quest to return home with sword in hand in this side scrolling adventure. While it might not have a dedicated photo mode like some titles this week there is a simple beauty in this one and we cant pass up a game with a good parry and decapitation animation. Get it for Steam and Xbox this week. 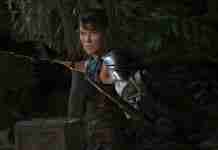 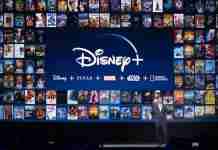