Classic Lucasarts, RPGs that have you age when you die, Investigative Journalists in small towns, defeat the Minotaur as a Demigod and get your Keanu on is on your gaming plate this week if you make it past the sales. But before we get to the full list, here are your highlights:

And starting your week is Cyber Monday sales! Yes we could be telling you about a new release game right now but Monday is your last chance to grab those Black Friday/Cyber Monday gaming deals. If there is a recent title you have been meaning to pickup today could be the day for a big saving, we managed to pick up Watchdogs Legion on the PS5 that only came out 2 weeks ago for 30% off so anything is possible!

If you are still here there are still plenty of new titles out this week starting with the psychological thriller, Twin Mirror. Not quite Alan Wake, Sam Higgs returns to his childhood town for the funeral of a friend that turns into something else for this former investigative journalist. This one is coming from a little delay but you might remember the broken glass/replay of past events to figure out clues from when this one was originally announced. Get it on Playstation on Monday with Xbox on Tuesday

Moving on to Tuesday we get a new RPG title from THQ Nordic who you may remember from their Darksiders titles. It’s a common tale with you playing a hero set to free their homeland but what you might not be prepared for is every time your character dies they age one year, forcing you to change and adapt your game play as you start young and quick but finishing old and attuned to magic. This comes to Playstation, Xbox and Switch all on Tuesday.

Thursday brings a title you probably saw more than a few of your favourite streamers playing with Immortals Fenyx Rising. This Greek God themed open world title has you as the winged demigod adventuring across seven regions solving puzzles, battling the likes of Medusa and the Cyclops as part of your quest to save the Gods. This is out on Thursday for Playstation, Xbox and the Switch.

And lastly for Thursday if you reply to anyone who says ‘Mind if I drive?’ with ‘Not if you don’t mind me clawing at the dash and screaming like a cheerleader.’ then you are definitely going to be excited for Sam & Max Save the World Remastered coming to the Switch and Steam for the end of the week. Remastering the Telltale games adaption of the Lucasarts characters this combines all six episodes into one game.

Honourable Mention: And our honourable mention goes to the turn based strategy adaption of the John Wick franchise, John Wick Hex. We don’t have to tell you about game tie-ins but this is actually pretty great. Previously released for the PC via the Epic Store this one is out for the PlayStation plus the Switch on Friday and Xbox plus Steam on Saturday. So if you need some puzzle based Keanu distraction to tie you over to Cyberpunk next week this is our recommendation. 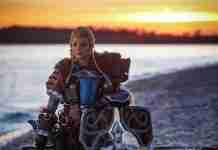 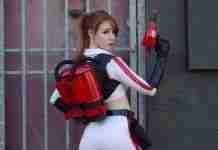 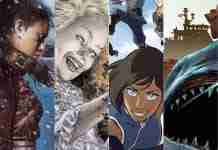