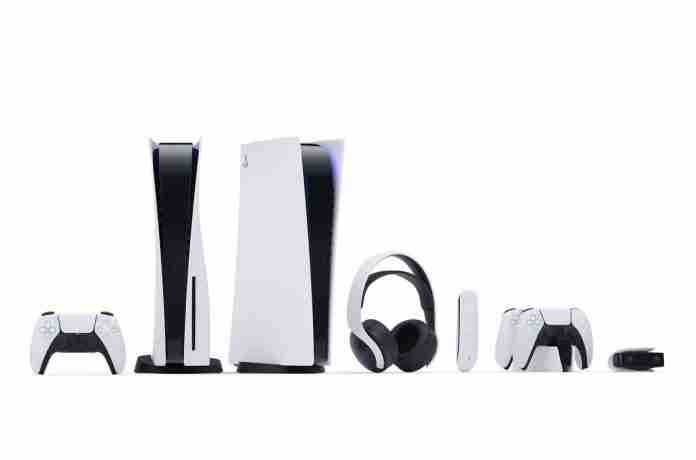 In case you have lost track of time if it wasn’t for a few small events happening right now we would be in E3 season – when most of the major gaming makers come to together to show off their plans and releases for the next year. While most of the world has been safely locked away gaming, big players like Sony and Microsoft are playing the long game with releases so you better believe it will take a little bit more than a global pandemic to stop their hype trains. Which is why this morning we saw our first non-E3 Press Conference from Sony to officially kick off their new console – the PlayStation 5

Streaming live on YouTube this morning on the official PlayStation channel and in multiple languages at 7am this morning and running for a little over 2 hours the stream kicked off with a PS4 sizzle reel you would expect from most major E3 conferences (and may make you forget that Sony had skipped E3 2019 for their own press conference).

Starting out light the conference started out with a reminder of a game so popular that it made the jump from PS3 to PS4 as a remastered edition – GTA V. But isnt this a PS5 press conference? Why yes, which is why this was for announcing that GTA V will be remastered (again) to make the hop to PS5 in 2021 putting it on 3 generations of PlayStation. Not only that but GTA Online will be free for PSPlus subscribers who get a PS5 and PS4 subscribers will be getting $1m in in game currency every month until GTA V PS5 is released from today.

From there we got a word from PlayStation President Jim Ryan with a polished pre-recorded intro of what is in store for the press conference which is to have teh games do the talking. And that was definitely the case starting strong with PS5 Spider-Man’s announcement of Spider-Man: Miles Morales releasing later this year.

Next up to savour and show off the graphics power of the PS5 was Grand Turismo 7 for anyone who is a fan of photo realistic racing minus the new car smell (that is gong to be in the PS9 version). The announcement game with more than just some pretty cars with a nice section of in-game racing being demoed.

Keeping with the greatest hits it wouldnt be a next gen PlayStation without the next installment of our favourite Lombax – Ratchet & Clank: Rift Apart. Picking up where the story left off in the PS4 edition the press conference also gave us some gameplay not seen in the trailer which shows off some dimension jumping mechanics not seen before that will change your gameplay style. We do like the little additions though like adding innocent bystanders to give the action a different feel during the attack on the city.

Next up we got our first new IP for the press conference with Project Athia. Not a lot was mentioned but it appears that you play as a female magic welder against Dragons and other beasts and can do more than shoot sparks from your finger tips. More than a little pretty and clearly designed for the next gen console, if the dragons and traversal is half as slick as it is in the trailer we can see this being a must play.

If you though the problem with the PS4 was a lack of kitties and robots then the next title Stray will seemingly address this with a small teaser showing a kitten in a robot ruled world.

Jumping from games to hardware we got some confirmed PS4 capabilities such as 4K Ultra HD BluRay support (already available on the PS4 Pro), switching to use of a Solid State Drive, Ray Tracing support in games and a lot about the controller. The Alienware-ish controller we have seen in early teaser will have haptic feedback (vibration) per usual, adaptive triggers, USB port charging, built in microphone with a seperate headphone jack on the controller.

Followed by more new IP for the PS5 was the groundhog day of Returnal. A heavily story driven 3rd person shooter that  puts you as a explorer of some sort on an alien world.

Then it wouldnt be a new PlayStation without something from Media Molecule. Still fresh with the release of Dreams on PS4, media molecule is able to still give you some cute Little Big Planet vibes with the more platformer (and less creator) focused Sackboy: A Big Adventure.

If you are need something a bit more demolition derby than Grand Turismo the new title Destruction All Stars might be more on your wishlist. Appearing to be a cross between Fortnight and a demolition driven racer we are pretty keen to see how this one plays with a new mechanic not often seen in a racer – having the driver leave the car.

Another new title was Kena: Bridge of Spirits. A single-player 3rd person title again. Playing like a Dreamworks movie we see the main protagonist with a magic staff but what we really want to know is if you keep the cute fuzzy sidekicks throughout the game.

A definite change in gears was Goodbye Volcano High. Showing very little about gameplay you could be forgiven for thinking this is the next anime series you are going to get addicted to on Netflix. Hopefully we find out a bit more before the release in 2021.

Off the heels of some Nintendo Switch releases and no surprise to anyone is a new ABe/Oddworld title. Definitely a little darker and bigger than previous games there is still the essential platforming you know but with an added Lemmings quality.

Another new title from the Japan studios is GhostWire Tokyo. A little hard to explain but think of it as a first person Infamous title.

Keeping with the reveal trailer style next was JETT: The Far Shore. Again not a lot to go off but if we were to guess we would say it is a lot like Flower but instead of being a bit of pollen you are a rocket ship exploring alien planets.

Next we go back to something a bit more familiar with the hack and slash of Godfall for Dark Souls inclined players out later this year and looking to be among the first titles to be at launch.

Quirky is a good way to explain Solar Ash which opens with the main character jumping on a canister to ride into a black hole. Not a lot to know here but rules about gravity do seem optional.

Not it for existing franchises was the announce trailer for Hitman III coming to the PS5. Giving nothing away you are going to have to wait until January 2021 to resume life as your favourite follically challenged assassin, but we are intrigued from the cutscenes alone.

The press conference added some gameplay from Dubai which is just the level of quality you expect from this the last game in the trilogy.

PSVR gamers will be a little familiar with the little astronauts for Astro’s Playroom. NOT a PSVR title but still a fun little bit of platforming in case you loved the previous title but couldn’t handle the motion sickness.

Next we were blown away from the announcement of a Indie title we have been keeping track of for a VERY long time – Little Devil Inside. Showing a different side to the game than we had seen before from it’s 2015 kickstarter. This title pretty much went under the radar for a long time, not knowing if it had been cancelled or still in production but we are definitely looking forward to this one.

And of course we can’t go into a new generation console without some EA related gaming titles with the next NBA 2K announcement.

Switching back to the more comical is Bugsnax. From the makers of Octodad, this platformer is a little ‘what if Cloudy with a Chance of Meatballs 2 had a video game”.

Deadloop is a new IP putting you as some sort of assassin hitman with the added twist of time loops when you die. A FPS with some pretty awesome action and graphic coming from Bethesda, if you loved the feel of Wolfenstein then add this to your playlist.

Saving some of the best for last was the trailer for Pragmata. Another in a line of impressive announcement trailers that tell us not a hell of a lot, the weird explorer in an abandoned Times Square who then ends up on the moon looks like another title we need to find out more about before it’s release in 2022 making it the furthest out from release announcement for the entire conference and we can only assume something special to warrant that.

And for the final game of the press conference we got the sequel to Horizon Zero Dawn. Abandoning forests for beaches the next chapter continues Aloy’s journey with Horizon Forbidden West.

Wrapping up the PS5 press conference we finally get back to the actual PlayStation 5 console. Matching the look of the white controller the new console will launch with 2 versions – one offering the 4K Ultra HD Bluray drive and a completely digital only edition. While we are a way off official pricing we did also get to see the new HD Camera (highlighting the absence of PSVR titles) among other accessories such as a media remote, headphones and charger.

And that is it for the full PS5 press conference. Much like the last PlayStation press conference the focus was clearly on the games with PS5 itself taking a backseat. With titles for the PS5 havng a 2020 release date we are expecting to see the console before the end of the year but can only hope it happens at a point when the exchange rate is in a better position.

You can watch the full 2hr+ press conference below but outside of a few snippets of game play you aren’t going to see much. We can only assume a big chunk of gaming details is being held for the PlayStation Experience later this year if it still goes ahead.