Start your week with your Switch with some great titles just making their way to help you with that impending Christmas gaming drought from Gundam to Overcooked, it’s a good week to stock up. But before we get to the full list, here are your highlights:

On Tuesday, start on the Switch with the single-player deck battler – Slay the Spire. Out previously on Steam this is a deck-building brawler which is just what we would expect if Street Fighter 2 and DnD had a baby. It’s also out for Playstation 4 and Xbox One too.

Also this week is the perfect game to pick up for some couch coop with the fam over the holiday break with Overcooked 1 + 2 bundled together for the Switch this Tuesday. Grill, Chop, Bake and Serve in a variety of cooking locations while you yell *ahem* communicate with your team to get the perfect 5 stars.

For Thursday lovers of Gundam will want to check out SD Gundam G Generation out on Steam. This is an RPG style game allowing you to select your team but including full rendered battles to satisfy your need for new Gundam. It’s out on Steam.

Honourable Mention: And our honourable mention this week goes to… Sanic The Hawtdawg: Da Movie: Da Game 2.1: Electric Boogaloo 2.2 Version 4: The Squeakquel: VHS Edition: Directors cut: Special edition: The Musical & Knackles! No really, that is the full game title. We have to go to give it a shout of for the WTF factor for this 90’s boardgame VHS inspired gameplay with elements of choose your own adventure. It’s possibly the longest title we have seen for a game this year and it’s out on Friday for Steam. 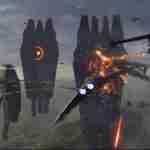 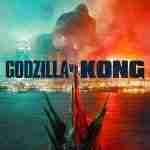