For the unfamiliar, Doctor Sleep is the sequel to The Shining. Most people will remember Kubrick’s 1980 film adaptation, while the 1997 mini series (this teleplay was written by Stephen King) is largely forgotten or underrated. The story follows Jack Torrance’s descent into madness at the Overlook Hotel while his wife Wendy and son Danny (gifted with the titular shining) suffer the consequences.

Both the novel and film has shown up in popular culture for decades. The Simpsons Treehouse of Horror V featured the ‘shinnin’, while Joey Tribbiani stores his copy of The shining in the freezer when it gets too scary in ‘The one where Monica and Richard are friends’.

Doctor Sleep picks up many years later. Danny has grown up, battling many demons (including whiskey) along the way. This time it’s Danny’s turn to help someone else gifted with the shining. The newcomer runs afoul of the True Knot- a band of wandering psychic vampires that feed on the ‘steam’ of the gifted. 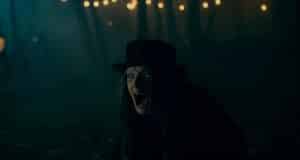 The movie kicks off with introductions of the True Knot, set at the same time as the events of The Shining. After a 30 year break, the film follows Danny’s descent into darkness while also introducing newcomer Abra. The movie then takes another 8 years to bring us to the present and escalate the conflict with the members of the True Knot. Most of the action happens here as the story gathers to a crescendo and its conclusion.

Doctor Sleep doesn’t pull too many punches, establishing a sense of dread with its opening scene. There’s plenty of darkness and despair throughout the movie, including a particularly gruesome scene where the True Knot partake in the steam of their latest victim. After all, pain purifies the steam-fear too. Horror fans have plenty of gore to look forward to here.

There are a few references to Stephen King’s other works and other horror classics- look closely at the bus scene. The production also went to great lengths to reproduce certain parts of Kubrick’s The Shining. The carpet of the Overlook was painstakingly colour matched for one thing. This film also has the approval and support of Stephen King himself- though sadly he did not have time for a cameo.

Overall, the film has turned out well-despite leaving a few bits of the novel behind. There’s quite a lot of story to get through, although two and a half hours doesn’t quite feel like enough time. 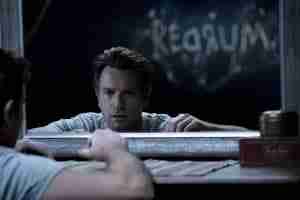 So should you go see it? If you’re a horror film, or a Stephen King fan, then yes you should. This adaptation has an eerie atmosphere, and is one of the better Stephen King adaptations out there. While probably not a breakaway hit like IT or The Green Mile, this is still a film worth checking out.

No end credit scene for this movie, serving as the closing chapter for Danny Torrance’s encounter at the Overlook.

Harley & the Birds of Prey get a Second Trailer before you Forget it’s Out Soon!

Movie Review – Jumanji: The Next Level