Originally reported by the Finacial Review earlier this week we finally got our hands on the official press release announcing a second LEGO Store will be opening in Australia and it’s going to be in Sydney. 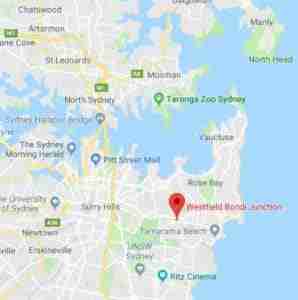 Following the LEGO Store located next to Dreamworld on the Gold Coast, the next LEGO Store is heading to Westfield Bondi Junction in Sydney. Much like the Gold Coast store, this will not be 100% owned by LEGO with the local investment group Alceon securing the rights to the Sydney store as Ardent Leisure does for the Gold Coast store and Merlin Entertainment for the LEGO Discovery Centre in Melbourne.

The official press release gives a little more details on the new store showing that it will follow the standard official LEGO Store layout that we see at the Gold Coast with Make-Your-Own Minifig Stations and Pick a Brick wall letting you purchase coloured bricks like you buy lollies at the Cinemas + locally themed large permanent LEGO displays. Unlike the Gold Coast Store, however, the new store will be spread across two floors with 302sq/m of LEGO Brick goodness which will allow the store to also hold in-store events such as children’s parties.

When can you expect to see the store open? Officially – Soon. The space in Westfield Bondi already has signage up showing where the store is going to go so we are expecting it to open inside of this year. But as soon as we know, you will too.