It’s a new year and we are still bringing you the best creators from around the country. So why not kick off 2019 with one of the team behind the awesome VR title Double Shot you might have caught as part of the Indie Showcase at PAXAUS. So take 5 with Chris Burden from Aberrant Realities 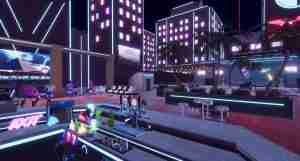 What are you playing/reading/watching right now? I’m a complete Dota 2 addict, but I’ve been playing Conan: Exiles with some of the guys at the office. I’m a pretty big Conan fan so that’s been fun. I think the most memorable thing I’ve watched was Mandy. That movie just blew my mind with how good it was. I’m reading The Last Wish by Andrzej Sapkowski.

What is Double Shot? Why is it important? Double Shot started off as our graduation project for our last year at AIE.

There were 7 of us in the team which we formed the following year. When we graduated we suddenly had this really cool prototype, but the game felt flat, unpolished, and just generally lacked content. I think we felt like we had a good idea so we chipped away at it until now, in 2018 when we were selected for the PAX Aus Indie Showcase.

That was huge for us, it was that little bit we needed to get over the line and get it finished. It was just an amazing few months. It felt really good to see our VR game in the showcase and to show people just how fun VR could be.

There were a couple of other great VR experiences there as well like Paperville Panic and Tracy Laser – it’s just such an awesome platform to develop for – everyone was so friendly and helpful.

Apart from your Double Shot what should everyone be looking out for in local Australian Pop Culture? There’s just so many amazing games being made in Australia, and even here in Canberra. I’m a member of Game Plus, which is a coworking space where our office is and there’s always a new build to play or test. 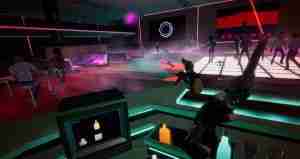 I think the biggest thing for me is just how open and friendly and inclusive the Indie community is in Australia. I loved Melbourne and I loved experiencing PAX. I definitely found a lot of stuff to look forward to there. I’m really keen for Ashen, and all the Indie Showcase Winners were super fun.

If you get a chance I’d highly recommend checking out Spin Rhythm – their booth was next to ours and the music was so good. Also, check out Mars Underground and Infliction! If you like VR check out Paperville Panic (after you’ve played Double Shot of course). There’s just so many games to shout out because everyone is so damn talented.

Major prediction for Pop Culture 12 months from now? I think Australia is going to release so much awesome content, and one of the things I really hope is that so many of the developers who have put their livelihoods and their creative visions on the line get the global recognition they deserve.

I think esports are gonna become even bigger than they already are, and I’m 200% ok with that. 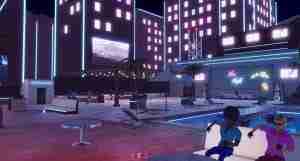 Best last thing you ate? We had this udon down at PAX and I haven’t stopped thinking about it. I wanna go back to Melbourne just to eat some more. I think I annoyed the rest of the team a little by just talking about udon non-stop. I refuse to change.

And that’s 5! Double Shot is out now for Oculus Rift and HTC Vive through Steam. Want to keep up to date with everything Aberrant Realities? Follow them on Twitter and Facebook