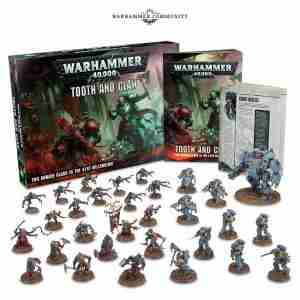 Tooth and Claw contains 30 miniatures, a rules foldout, and a 40 page book covering the details of the conflict on the planet Vigilus. There’s a new Primaris model for the Space Wolves as well as the new Abominant character and new Aberrant miniatures for the GSC players.

This new set also advances the storyline of the Warhammer 40,000 universe. The events playing out on Vigilus in a galaxy that has been devastated by The Great Rift and the fall of Cadia. There is a lot going on behind this conflict, and the Imperium’s future hinges upon victory on Vigilus. 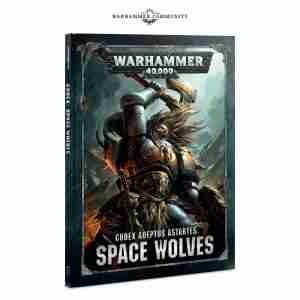 Also included in the announcement is the Space Wolves codex. The sons of Russ will finally have their own codex for 8th edition, simultaneously released with Tooth and Claw. There is no offical release date for the Genestealer Cults codex yet, but it won’t be too far behind.