Happy CosFriday! This week we go Animaga themed with a Cosplaying duo of Sisters from Melbourne who are also doing a Cosplay Panel at Animaga this weekend (if you needed even more reasons to go). So say HAI to this week’s featured Cosplayers, Shock Jockey Cosplay!

What inspired you to start cosplaying?
Ally: An old high school friend introduced me to cosplaying, and I loved it straight away because I’ve always been a creative person.

Caitlin: I honestly don’t know, I remember when Ally used to cosplay with her friend I thought it was really weird. But then she asked if I wanted to do a cosplay with her to PAX 2014 and I was like “yeah sure!” I have no idea what changed my mind about cosplay, but I’m glad I did!

What was your First Cosplay?
Ally: Technically, my first cosplay was a Dave Strider cosplay (from Homestuck) back in 2010. I remember that the shirt was the wrong colour, and my wig was this AWFUL shiny, cheap blonde wig I found at a costume store. I’m lucky there are no photos of that cosplay anymore because it was EMBARRASSING! But my first cosplay with Caitlin as “Shock Jockey Cosplay” was in 2014 as Vav from Rooster Teeth’s web series, X-Ray and Vav, and the quality of that cosplay was 10x better than my Dave cosplay!

Caitlin: X-Ray! I loved that cosplay so much, even though every time we wore them it was super hot. Lycra does not breathe well, let’s just leave it at that.

What is your most recent cosplay?
Ally: The cosplay I finished most recently was a female Saitama from One Punch Man. It’s one of the most simple cosplays I’ve ever made but the makeup for the character is quite challenging because I have to wear a bald cap!

Caitlin: I recently finished Female Genos from One Punch Man. We both worked on the armour together, and we were both really happy with how they turned out! This was definitely the biggest armour (‘arm’our, get it?) build I’ve ever done, so I was a bit nervous to start it, but we gave ourselves enough time to get it done.

What cosplays are you currently working on?
Ally: I want to finish Tracer’s Sprinter skin (from Overwatch) by PAX Australia this year. It will be my fourth Overwatch cosplay!

Caitlin: I really want to get the Champion Zarya skin done for PAX this year! I love Zarya as a character (yay for strong women!) and I also love Overwatch. Just don’t ask me about the gun, the thought of building that scares me enough as it is!

Who are your favourite cosplayers in the community?
Ally: Of the international cosplayers, I have to say Kamui Cosplay. She’s really inspirational because of how she’s made cosplay her job and she’s very kind and supportive of all cosplayers. And I would say one of my favourite Australian cosplayers would be Major Sam Cosplay – her cosplays are always incredibly well-made and beautiful!

Caitlin: A.K Wirru is an absolutely INSANE cosplayer, he’s constantly pulling out incredible cosplays. I also really admire Luvkii Cosplay, all her Junkrat cosplays are amazing, as well as all her other cosplays obviously.

Who else do you want to cosplay?

Ally: I’d love to try and do Hiccup from How To Train Your Dragon 3, specifically because I want to wear a beard for the first time!

Caitlin: I’ve got quite a few on my list at the moment! I would really like to cosplay Nana Shimura from My Hero Academia (yay for more strong women!), and a dream cosplay of mine would be Evie Frye from Assassins Creed Syndicate.

Tell us an odd fact about yourself!
Ally: I can play 4 musical instruments – saxophone, clarinet, flute and piano. And I’ve been playing saxophone for 11 years!

Caitlin: I love Buffy: The Vampire Slayer! Like, a LOT. 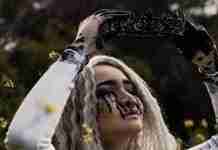 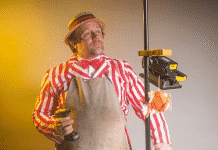