For the Creator Spotlight this week we catch up with author Christian Carnouche to learn more about his debut comic, an apocalyptic tale that is part futuristic detective story, and part exploration of Australian’s colonial past.

What are you playing/reading/watching right now? I’m consuming a lot of media at the moment so it’s difficult to choose just one… but I did just re-watch the film Moonlight. Although it is a relatively new film, I’d say it’s already in my top five film of all time. Everything about the film is stunning for me and it really is a perfect work of art. My wife and I are such massive fans of the movie that we actually went to Miami a few months ago and visited some of the filming locations. I’ll be an extremely happy if I can produce something as half as beautiful as that film.

What is The Resurrected? Why is it important? THE RESURRECTED is set in a near future where the dead don’t always stay dead and Australia has been ravished by a techno-plague.  While on one level, the story is about an Aboriginal-Australian detective who must challenge the world’s most powerful corporation in a battle for the survival of his people; THE RESURRECTED is also a story about redemption and serves as a philosophical examination of how we deal with death.

I think the story is important for several reasons but its driving purpose is to illustrate how the centuries old invasion of Australia by the English has had destructive effects on the Indigenous population, effects that continue to this day in other forms. Also, the protagonist of our series is Aboriginal-Australian and is not stereotypical and offensive, as is unfortunately often the case with Indigenous Australian characters in mainstream media.

The members of our art team are all extremely talented (except for the writer of course – he’s crap!). Crizam Zamora provides the pencils/inks/cover, Salvatore Aiala the colours, Cardinal Rae the letters and Erica Schultz is our editor. We are also lucky enough to have Ariela Kristantina and Bryan Valenza producing a variant cover for the first issue.

Apart from your comics what should everyone be looking out for in local Australian Pop Culture? I don’t have a huge amount of knowledge regarding the current Australian Pop Culture scene as I haven’t lived in Australia for over eight years. I do though still keep in touch with the scene on social networks (along with comics, I also collect and blog about vintage Star Wars collectibles) and I can say that I’m loving a lot of the Aussie comics that have recently been launched on Kickstarter. I’m really looking forward to seeing the final products of Rob Arnold’s’ Replicator, Ryan Lindsay’s Stain the Seas Scarlet and Shaun Keenan’s XCT. Stephen Kok’s upcoming Kickstarter for 5 Seconds also looks to be cracking.

Major prediction for Pop Culture 12 months from now? Sorry to be a little heavy and negative but my prediction is that there will continue to be huge divisions and antagonism in the comic book community regarding the current push to create more diversity in comics, not just with the characters but also with the creators of these stories.

I’m a huge fan of diversity, so I’m loving what companies like Marvel and Black Mask are doing at the moment, but unfortunately there are also a lot of fans who are fighting tooth and nail to fight diversity. Just to give you an example, there is one YouTube channel that regularly posts videos where he rips into comics with diverse characters and creators. Of course this is all thinly veiled as a critical analysis of the story and art but it is pretty evident what their agenda is… This channel has over 50,000 subscribers and its owner was recently listed in Bleeding Cool’s top hundred power list for 2017. Scary stuff!

Although backlash exists, I’m a big believer in the goodness of human beings so I truly believe that diversity will win in the end and that at some point in the near future ‘diversity’ will simply be seen as a reflection of the nature of our communities, rather than being twisted as a political agenda.

Best last thing you ate? I travel a lot so I get to eat a lot of delicious food all over the world but without doubt the best thing I ate recently was Vegemite toast! I really miss Sydney so eating Vegemite every morning makes me feel a little connected with home. There is a downside though, in that my wife, who is Tunisian, refuses to kiss me with my Vegemite breath!

And that’s 5! A Kickstarter campaign for THE RESURRECTED will launch in February, if you are keen to get your hands on a copy hot off the printers. You can also check out Christian’s website for more information, or follow him on facebook and Twitter for news and updates. 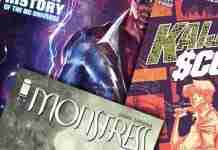 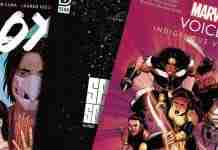 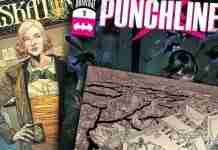 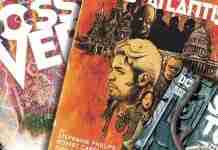 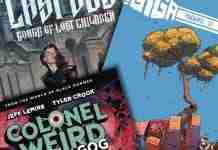 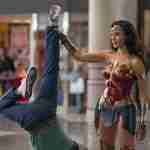 Movies 0
It has been a year of a lot of delays for a lot of blockbuster movies. A lot of major films originally targeted for...