It’s time to jump aboard the hype Battlecruiser once more. It has been 2 years since the force awoke on the silver screen after a decade’s absence. After a divided reception of Star Wars: The Force Awakens, fans are looking forward to see what the next instalment has to offer. 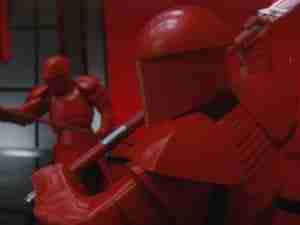 Episode VII left us in limbo. Who was Rey? Who was Snoke? What will Luke do now with the new Jedi hopeful on his doorstep? All these questions and more awaiting answers, as well as an interest in what happens next in the Skywalker saga has brought us up to episode VIII. The Star Wars universe is vast, with much to explore. So, was the payoff worthwhile? In a word, yes. But there is always more to any story.

After the opening crawl, The Last Jedi picks up just after the end of episode seven. You might want to rewatch it before catching this one if you haven’t already. The first action sequence pushes the story forward into a look at the other main thread following Rey and Luke of Ahch-To. Gone are the offbeat moments from the first film of the new trilogy with some genuinely funny moments masterfully dispersed amonst the action. 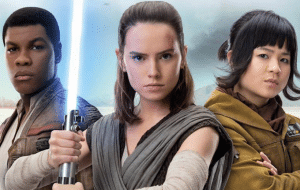 Just as The Empire Strikes Back was the defining film of the original trilogy, it doesn’t seem like too much of a stretch to say the same of The Last Jedi. There’s the right mix of epic battles, smaller skirmishes, and one on one fights. There’s even a surprise or two in store scattered throughout the film. While it does answer some of the burning questions from The Force Awakens, the story moves forward more than it looks backward. That’s not to say that there’s no satisfaction to be had, just don’t expect everything revealed and tied up into a nice package. There’s still another film that might round things out there.

How does it look? Lucasfilm certainly does not disappoint. From the space battles to the interior chases, an upmarket visual feast reminiscent of Chalmun’s Cantina, to the speeders over the red dust planet of Crait, The Last Jedi is packed with eye candy. There’s undoubtedly some things to look out for on a second or third viewing. 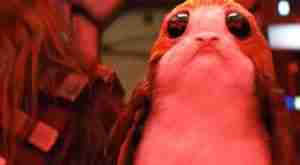 Should you see it? Yes. More than once, probably. Star Wars is known for its mis en scene after all. Whether you want to see Porgs, Princesses, or Poe, this isn’t a movie to miss. If you haven’t fallen into the Star Wars fandom, there’s no time like the present to start your love for everything Star Wars.

Last of all, how about the setup for movie number 3? It looks like they have everything that they need…