With 2017 nearly done we want to make sure you know about the best from this year that you may have missed and this week we continue that in gaming with the awesome physics based RTS Forts!

So kick back and take 5 with Tim from Earthwork Games, one of the minds behind Forts (available now on Steam)

What are you playing right now? I play mostly PC games, but I recently bought an Xbox One X since it’s easier to play while looking after my 10 month old boy. Unfortunately he finds the controller to be the most interesting thing in the room! 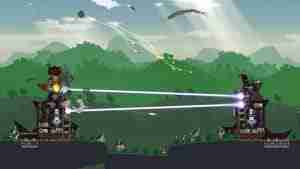 Anyway, I’ve picked up a few games on it, and have been enjoying Let Them Come. The aiming is similar to Forts now I think about it!

Who or what is Forts? Why is it important? Forts is a physics-based RTS. Players build and arm forts to their own design, and unleash an array of weapons on their opponent.

Damaging an important part of the enemy fort can bring the whole thing down! At the same time, you defend against incoming attacks using your weapons and defensive structures. Forts is unique; there are no similar combinations of physics, RTS and online multiplayer out there.

It was a hobby project I started in 2003, but it’s since consumed my life.

Apart from your game, what should everyone be looking out for in local Australian Pop Culture? I just picked up Assault Android Cactus for the Xbox One X. Tim Dawson from Witch Beam in Brisbane has updated it to run at full frame rate at 4K resolution. It looks awesome and is still a lot of fun. I’m looking forward to what they do next. 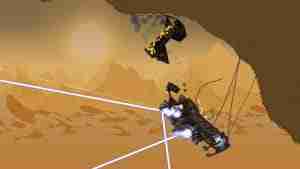 Major prediction for Pop Culture 12 months from now? Steam has all but eliminated the need for a publisher. As devs become business and marketing savvy, and channel the share that would have gone to the publisher into growing their business, they will innovate and bigger indie games will be produced.

We’ll see an emergence of higher budget indie games that challenge AAA games for scope and quality, but perhaps not so much in raw content. You can already see this in locally developed titles such as Yonder and Hand of Fate 2.

Best last thing you ate? Muesli with mango and yogurt this morning. It’s our standard breakfast, mixed up weekly with scrambled eggs from our own chickens and bacon from the pigs we raised last year.

And that’s 5! If you want to learn more about Forts, visit the the official EarthWork Games site or Facebook, Twitter and YouTube. And don’t forget to pickup Forts now for some gaming over Christmas.