While most true Ghostbusters fans know collecting spores, moulds and fungus is where it’s at the Perth Mint has announced something for the coin collecting crowd. 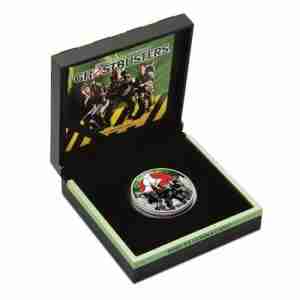 While not Australian legal currency, it is completely legal in the eyes of the Island nation of Tuvalu. This isn’t the first currency of its type to come out of the Perth Mint with the previous tender including Star Wars, Star Trek and Disney.

If you are an avid coin or Ghostbusters collector, one of these this limited to 5000 run coins will set you back a cool $115 AUD and is available to order now.

But what do you think? Is this the sort of thing you would look for? If you could decide on any coin to be made by the mint from all of fandom what would you ask for? Tell us in the comments down below.