Our creator spotlight this week is local writer/creator Chrys Phillips who on top of her new graphic novel series the Blood Tattoo Trilogy also created Counter Play which starred the talented Thor of Oz.

Who or what is a The Blood Tattoo Trilogy? Why is it important? The Blood Tattoo Trilogy is a graphic novel series that takes you on a Celtic journey of myth that ignites into a normal town. We have to read/watch it to know if this unsuspecting rebellious heir who loves extreme sports survives or even succeeds to become a true modern day superhero.
This guy, Jensen West finds a genetic tattoo transforms his body and his life! Trained assassins & other unworldly clangs crash into BrookFalls and it’s here that we must learn if he becomes his true destiny of a hero or does he become an anarchist.

Apart from your series what should everyone be looking out for in local Australian created content? Gosh, we do create great comedy web series that the world is loving, there’s also my web Tv series Counter Play that has reached over 1.4million views and this is a drama show, with that Gossip Girl meets Scandal genre to watch. It’s now in pitch for commercial Tv & if your fan of Andrew who appears in SuperNova & cons as his a great Thor impersonator then watch this series as he plays a very tough Private Eye who has a twist to his character

Major prediction for comics 12 months from now? I think here in Australia we shall see more people getting involved on the indie level & filming side too! Also, I’m really liking the increase in females in our expanding pop culture

Best last thing you ate? Homemade pasta with homemade sauce nothing fake in it & it was delicious … Italian food is a favourite!

And that is 5! You can order chapter one of the Blood Tattoo Trilogy – Enlightenment now with chapter two being available for pre-order soon for release later this year. So You Want to Start Reading Japanese Light Novels? 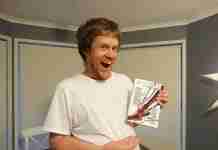 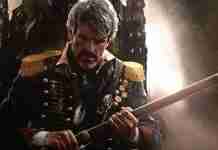